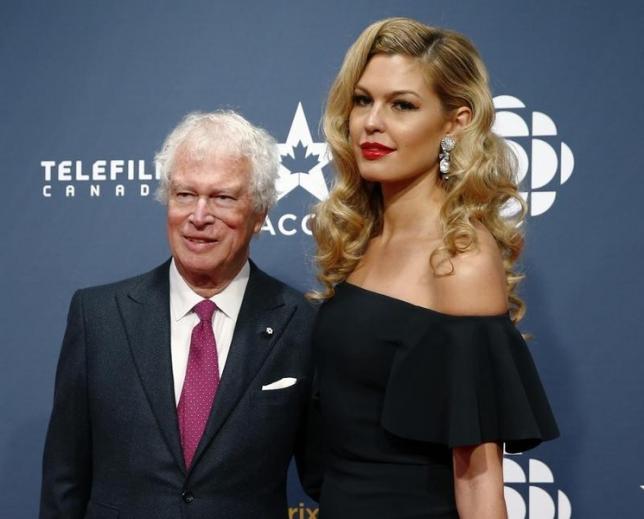 Taylor died Thursday only a few months after being diagnosed with colon cancer.

The 81-year-old diplomat was called a hero after he covertly sheltered the American diplomats during the Iran hostage crisis and orchestrated their escape in what became known as “The Canadian Caper”.

Taylor was respected by politicians worldwide.

But for many Canadians born after the crisis Taylor’s name may be unfamiliar.

Or, at least, relegated to a part in Ben Affleck’s 2012 adaptation of the caper, Argo.

Affleck would later change to postscript of the film to correct that.

A group of Iranian students stormed the U.S. embassy in late 1979 and took control of the American embassy.

Six Americans, however, eluded capture and found refuge in the Swedish embassy.

Taylor took the task of splitting the hostages up and storing them for a tension filled year before a daring escape that involved a fake movie company and help from the CIA.

A fake poster for a fake movie. The hostages were passed off as a film crew in a ruse designed to ‘exfiltrate’ them. (CIA/Wikimedia Commons)

The government of Canada has a detailed profile about the caper, and it reads like a spy novel.

Taylor spent his later life as an educator, frequently talking about his experiences during the crisis.

Federal party leaders praised Taylor on Twitter, including Prime Minister Harper, who released a statement on his death.

Ken Taylor was a great ambassador and a true Canadian hero for his lifesaving actions during the Iranian revolution. He’ll be missed. — Justin Trudeau (@JustinTrudeau) October 15, 2015

My heartfelt condolences to the family of Ken Taylor, former Ambassador of Canada in Iran & a true hero. — Mark Towhey (@towhey) October 15, 2015

Some even took the opportunity to rib Ben Affleck.

Funeral arrangements for Taylor have not been announced.