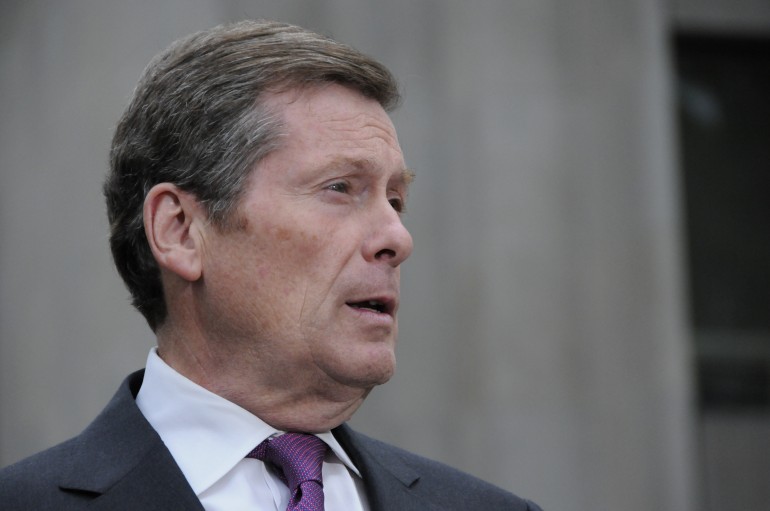 Kansas City Mayor Sly James said that if the Royals lose to the Jays he will send a portion of ribs with Kansas City famous barbecue sauce to Tory.

In return, Tory announced today that if the Blue Jays go belly up in the ALCS he will send three different types of Canadian beer to Kansas City.

Keeping things in a completely friendly manner, Tory said win or lose that he will be sending it down, regardless of result.

The Blue Jays are starting with Marco Estrada, while the Royals send out Edinson Volquez to start the game.

The two teams have had plenty of bad blood throughout the 2015 MLB season.

Specifically, one game in early August in which Kansas City pitcher, Volquez,ignited a brouhaha.

Volquez threw a hard fastball inside on Josh Donaldson in the first inning of the game that struck the probable 2015 MLB MVP.

Volquez again threw pitches high and inside of Donaldson.

Also when newly-acquired shortstop Troy Tulowitzki came up to the batter’s box in that inning, Volguez ran a pitch inside that smacked him.

After the game, Volquez called Donaldson “a little baby” and said he needed to pitch both sides of the plate and that the scouting report on Donaldson said to throw high and inside.

Tory said there was three key things James should know about Toronto.

And on that note, Tory did his best impression of Jose Bautista’s famous ALDS game 5 bat-flip.