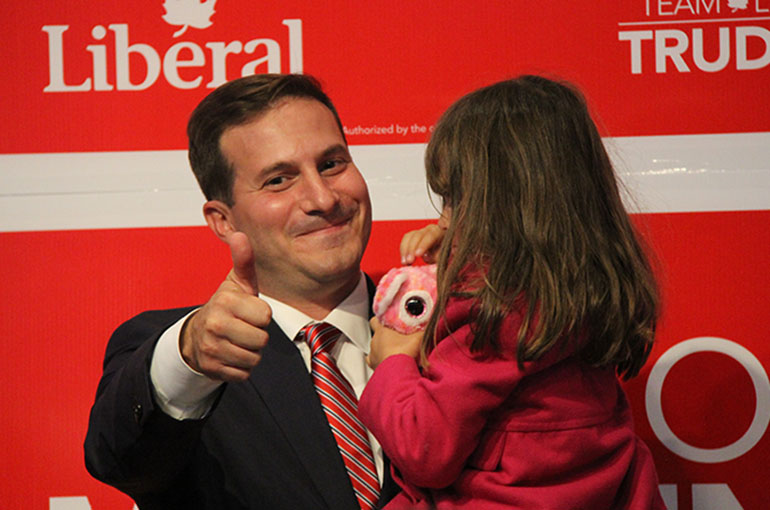 Eglinton-Lawrence is a Toronto riding all three major parties had eyes on and one that drew national attention.

Conservative incumbent and Canada’s Minister of Finance Oliver was pitted against former Saskatchewan minister of finance Andrew Thomson of the NDP and former federal prosecutor Mendicino.

The riding was in Liberal hands for 32 years before Oliver won in 2011 with 46 per cent support. Oliver defeated longtime Liberal MP Joe Volpe by 8.4 per cent of the vote.

In the lead-up to the election, the riding was home to a high-profile nomination race for the Liberals, with Mendicino just edging out former Conservative parliamentary secretary Eve Adams for the nod.

Mendicino, who is raising his family in Eglinton-Lawrence, had emphasized the need to invest in transit, senior centres, affordable housing and childcare.

Before election day, polls showed the Liberals were leading at 44 per cent followed by the Conservatives at 39 per cent.

As Minister Responsible for the GTA, Oliver presented better transit and relief from road congestion as top priorities. He supported Mayor John Tory’s SmartTrack plan and backs Prime Minister Harper’s plan to invest $2.8 billion in it.

NDP Leader Tom Mulcair introduced Thomson at an Eglinton-Lawrence campaign stop in August. He said Thompson will give the riding something Joe Oliver hasn’t—a record of balanced budgets.

Building a stronger local economy with targeted investments in manufacturing and technology, transit and affordable childcare are objectives Thomson has been reiterating throughout his campaign.

Eglinton-Lawrence stretches from Yonge Street in the east to Caledonia in the west and from Highway 401 in the north to Eglinton Avenue in the south.

With an average household income of nearly $67,000, Eglinton-Lawrence is one of the wealthiest ridings in Toronto. It also has the second-highest Jewish population of any Ontario riding behind Thornhill.

Other candidates for the riding included Matthew Chisholm of the Green Party and Rudy Brunell Solomonovici of the Animal Alliance Environment Voters Party.

With files from Katie Pedersen and Eric Wickham