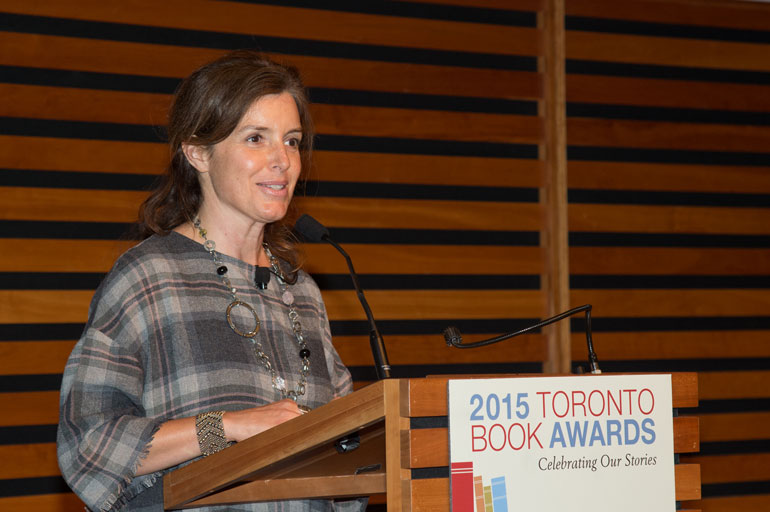 Emily St. John Mandel has won the 41st annual Toronto Book Awards for her novel Station Eleven that takes an intriguing look at the world 20 years after an apocalypse.

The Canadian novelist wasn’t in Toronto Thursday to accept the award, but she addressed the crowd of over 300 people through video.

St. John Mandel’s winning novel was chosen by a panel of five jurors.

Karen Teeple, the panel’s chair, said the novel speaks to the importance of art and culture in society – an area she feels has been underrepresented – and said that theme resonated with many jury members.

“I really liked her quality and style of writing and I thought that the novel in general made a significant contribution to the community because it was quite different in so many ways,” Teeple said.

Station Eleven has been nominated for the National Book Award, the PEN/Faulkner Award for Fiction and the Baileys Women’s Prize for Fiction. It also recently won the Arthur C. Clarke Award.

Councillor John Filion presented the award and congratulated St. John Mandel and the other finalists for creating works that elevate the experiences of Toronto.

“We had stand-ins for Margaret Atwood and Emily St. John Mandel,” Jones said.

He said the Toronto Book Awards helps celebrate the literary success in Toronto and draw attention to the tremendous writing talent in Toronto.