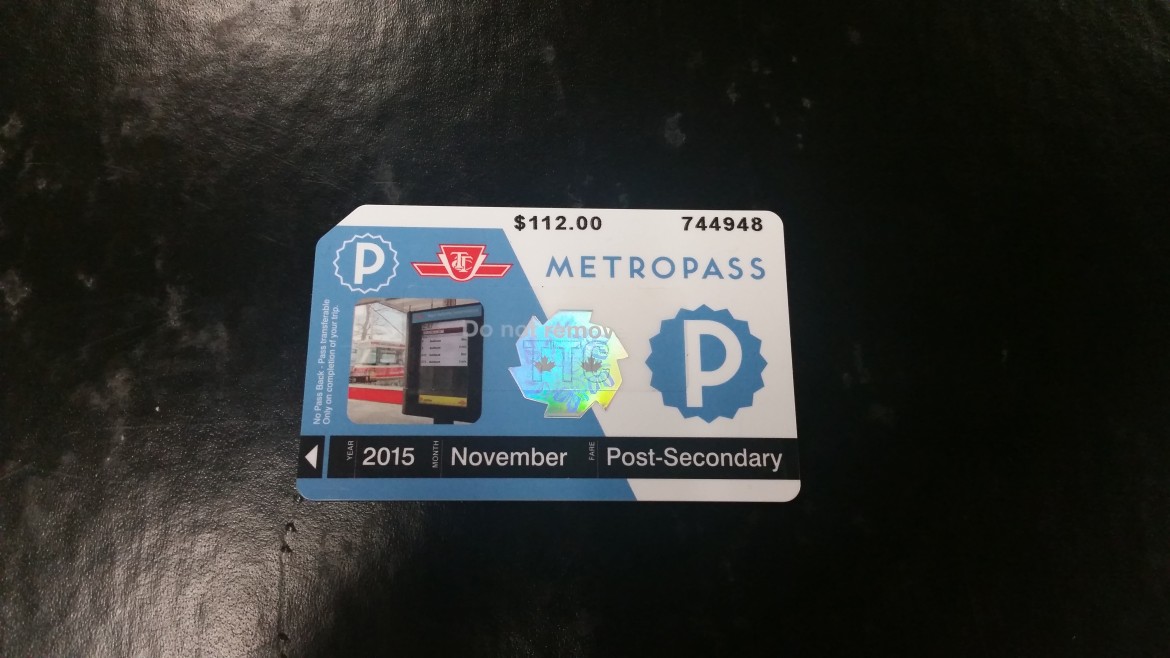 The head of the TTC has called for a price-freeze on monthly passes, but critics are skeptical about the announcement.

“We need to give our most loyal TTC customers a break,” TTC board chair Josh Colle said on Twitter Thursday morning. “That’s why I am planning to move a Metropass price freeze.”

However, one transit advocacy group thinks his good intentions are misplaced.

“It’s a drop in the ocean,” Milan Gokhale, a spokesperson for the grassroots advocacy group TTCriders, said. “What he’s not mentioning is that the cash fare is actually going up 25 cents … he forgets that TTC fare is rising faster than inflation.”

Gokhale went so far as to call for a fare reduction.

Metropass price increases have become common occurrence as Toronto’s population continues to grow. The current price of an adult Metropass price has increased to $141.50 from $99.75 in 2006.

“John Tory was going to have a fare freeze, that was one of the things he ran on,” Munro said. “It’s a quick and dirty way of saying ‘Look what we’re doing for you,’ but not addressing the service side of the equation.”

Bottom line, both advocates said taking action on fares would not just benefit the marginalized.

“The TTC is becoming a service that is quite simply unaffordable for anybody who is making a certain level of income,” Gokhale said.

“[It is] dangerous to only talk about transit pricing in terms of the poor,” Munro said, adding “the last thing we need is for transit in Toronto to become thought of as something just for the poor.”