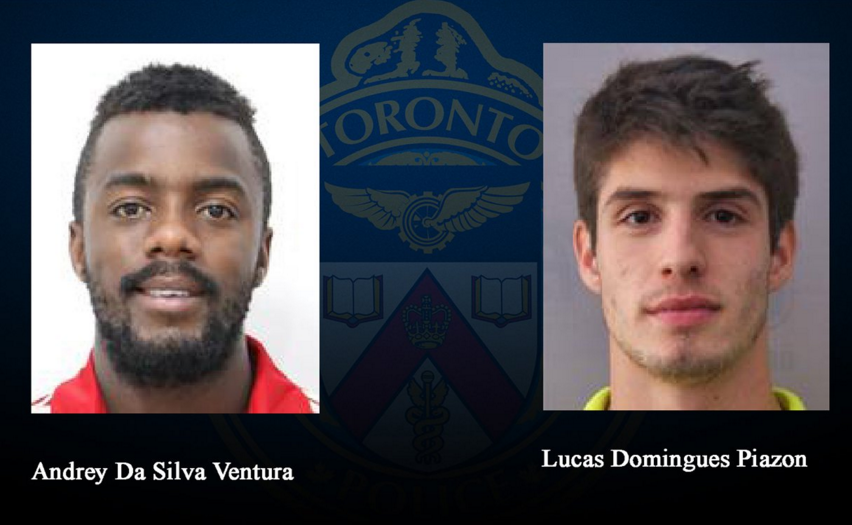 Two Brazilian soccer players who came to Toronto for the 2015 Pan Am Games are wanted by police in connection with an alleged sexual assault.

Beaven-Desjardins said the suspects met the 20-year-old female victim and her friend at The Drake Hotel on Queen Street West on July 25.

Police said the suspects socialized with the woman and the friend, and they then accompanied the woman to a residence in Toronto.

After the victim went to bed, police alleged the suspects entered the bedroom and assaulted her. When the victim woke up, both suspects fled.

Andrey Da Silva Ventura, 22, and Lucas Domingues Piazon, 21, are both wanted by police.

Da Silva Ventura is currently in Brazil playing for Botofogo-SP as a goalkeeper.

Lucas Domingues Piazon is in the United Kingdom, police said on Thursday. He is currently at Reading on loan from Chelsea FC of the Barclays Premier League.

Toronto Police said they are working with the Brazilian consulate to begin the extradition process. Brazil and Canada do not currently have a treaty to deal with international incidents.

“You can say it’s frustrating,” Beaven-Desjardins said. “It would be good for the victim, the process and themselves to cooperate with the Toronto Police and come and face their charges.”

Police said they will do everything they can to see the extradition process through, but were unable to estimate the length of time it would take.