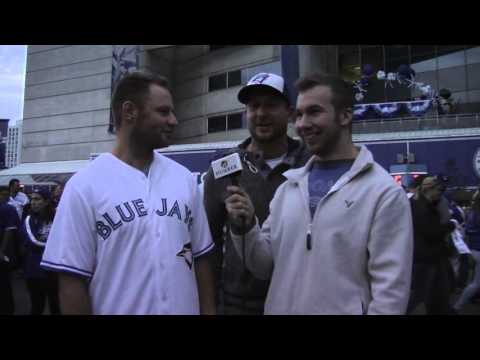 Thursday marked the first playoff game for the Toronto Blue Jays in over two decades, but it wasn’t the result fans wanted.

A sold-out Rogers Centre crowd was electric as the Blue Jays faced the Texas Rangers in their first taste of post-season action.

Unfortunately, the hometown crowd walked away disappointed as the Jays left the stadium taking a 5-3 loss.

In-game injuries to Josh Donaldson and Jose Bautista certainly didn’t help the offensive output in the first game in the five-game series.

Humber News spoke with fans after the game.