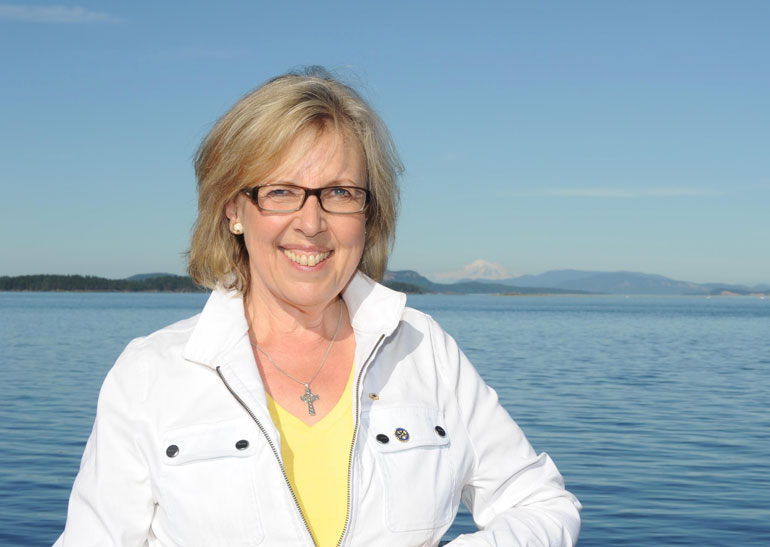 Green Party leader Elizabeth May says the feedback has been “extremely positive” to her live tweeting about Monday’s Munk Debate in Toronto, a debate she was not allowed to participate in.

“I kept trying as hard as I could to inject fuller, more detailed responses so that people would know, had I been on the stage, what would we have been saying,” she told Humber News in an exclusive interview on Tuesday.

The #MunkDebate has started. And @ElizabethMay is excluded, despite over 80% of Canadians wanting her there. https://t.co/xmnBnenn5l

On Tuesday, May said in a phone interview that social media is changing the way politicians get their message across.

“I think that’s a very positive thing for Canadian democracy where we’re in a situation where we’re excluded by corporate interest, there are other ways to get your message across and that’s really encouraging,” said May.

On Monday, as the questions were delivered to the leaders on the stage at Roy Thomson Hall in downtown Toronto, May tweeted video clips offering the Greens’ policies on all the topics in real time.

Bill #C51 makes us less free and less secure. It’s a bad law and we were the first to oppose it. #Repeal #MunkDebate https://t.co/5YHSGIusM5

May also used the live-tweeting format to offer up direct replies to leaders on stage.

May felt the Greens’ comprehensive platform regarding the Keystone Pipeline was a sorely missed inclusion in the Munk Debate’s proceedings.

This pipeline was never a no-brainer, Mr. Harper, and it’s going to be turned down. #MunkDebate #VoteGreen #Keystone https://t.co/J7ZzOjVKMd

“We certainly provided much more detail about the Keystone pipeline… When the Globe and Mail and Munk keep Greens off the stage, they keep a lot of issues that their corporate clientele doesn’t want us to talk about,” said May.

Corporate interest continues to be a talking point May refers to, mentioning it during the debate and beyond, tweeting on the subject and discussing it after the fact.

“The small elite corporate debates with no rules attract a small audience compared to in 2011 when 10 million Canadians watched the national televised leaders debate, so it’s rather in the interest of Canadian democracy that we have debates that attract a large viewing audience. These ones do not do so,” said May.

For Green Party faithful, May’s contributions to the debate, despite not being onstage, were a big win.

“Social media is a great vehicle to engage Canadians, both publicly but also in virtual one-on-one scenario. And especially exciting is the engagement we see with the youth. This is the way they talk, discuss events and share ideas,” Martin said in an email interview.