Sexual assault latest in string of attacks near Humber 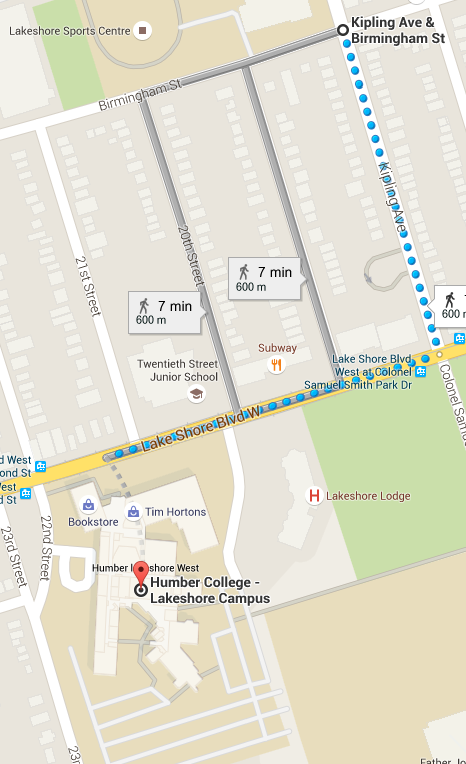 A sexual assault has shaken the Humber community again.

On Sunday morning between 5 a.m. and 6 a.m., a 19-year-old a woman was sexually assaulted near Humber’s Lakeshore Campus.

Police say the woman was grabbed from behind and taken into an alleyway around the Kipling Avenue and Birmingham Street intersection.

A Toronto Police report states that after being sexually assaulted, she managed to break free from her captor.

The proximity of the incident is what brought the assault to Humber’s attention.

“Humber is being very vigilant with this,” said the College’s Director of Communications Andrew Leopold. “We’re putting up notices as we speak.”

The attack is the latest in a string of assaults close to Humber campuses in the last two months.

On both August 2 and September 2, police say female victims were assaulted on the pathway off Humber College Boulevard along Highway 27.

“The safety and well-being of our students is of the greatest importance to us, so we’re trying to inform the Humber community as quickly as possible,” said Leopold.

Humber security is maxing out its efforts to curb the spike in sexual assaults around campus, said Leopold.

“We have a significant presence doing campus-wide patrols and we have as much camera coverage as possible, with hundreds of cameras overlooking campus,” said Leopold.

The assault comes in the midst of a Humber College push to prevent sexual violence around the community. September is officially Sexual Violence Awareness Month at Humber.

For now, the investigation is in the hands of Toronto Police. “Humber will help as much we possibly can with the police investigation,” said Leopold.