Pizzeria comes to Toronto for a New York minute 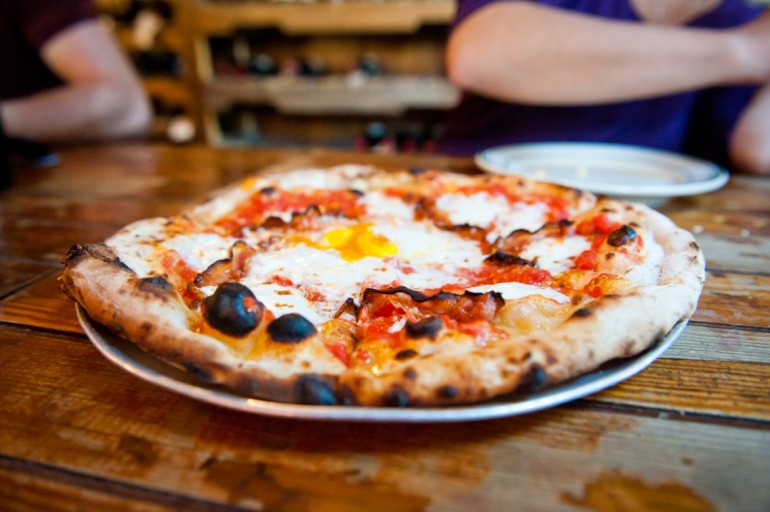 By Alex Drobin and Andy Redding

Trendy Brooklyn pizzeria Roberta’s is set to pop up in Toronto – but for one night only.

Roberta’s pizzeria has been slinging pizza pies in Brooklyn, New York since early 2008. It has received national praise for its tasting menu with two Michelin stars, which indicate excellence in food quality.

Today, Roberta’s is popping up at Citta’s on Fort York Boulevard, Toronto, showing the city how Brooklyn does pizza.

Pop-ups in Toronto are becoming an increasingly popular way of breaking into the city’s ultra-competitive food industry.

Len Senater, owner of The Depanneur, a space that hosts various pop-up restaurants, has seen hundreds of culinary entrepreneurs like Roberta’s temporarily set up shop at his College Street location.

Senater says that a pop-up is a great way for a chef to experiment before securing a definite location or realize their idea might not hit home.

“It’s a dress rehearsal, a practice, a jam session. It lets you build a fan base before the stakes get really high.” said Senater.

Popular Toronto restaurants like Fidel Gastro and La Carnita started out as temporary pop-ups, allowing their clientele to grow to the point where a permanent location was needed.

Tonight, Roberta’s will see if its Brooklyn success can translate north of the border.

“It’s about having the ability to test your menu, ask questions and get feedback,” says Senater. “Pop-ups allow people to take risks.”

Humber Hospitality graduate and restaurant manager Krunal Patel says that people need to know about the brand before a pop-up can succeed.

“In-N-Out worked in Toronto. It’s a huge name, everyone knows about it,” Patel says. “Roberta’s is relatively unknown, so I’m not sure how well it’ll work.”

Tuesday night, Roberta’s head chef Anthony Falco will serve up a variety of Italian favourites to a sold-out crowd of hungry Torontonians.

If the crowd leaves happy Tuesday night, Roberta’s may return to Toronto permanently, instead of just popping by.