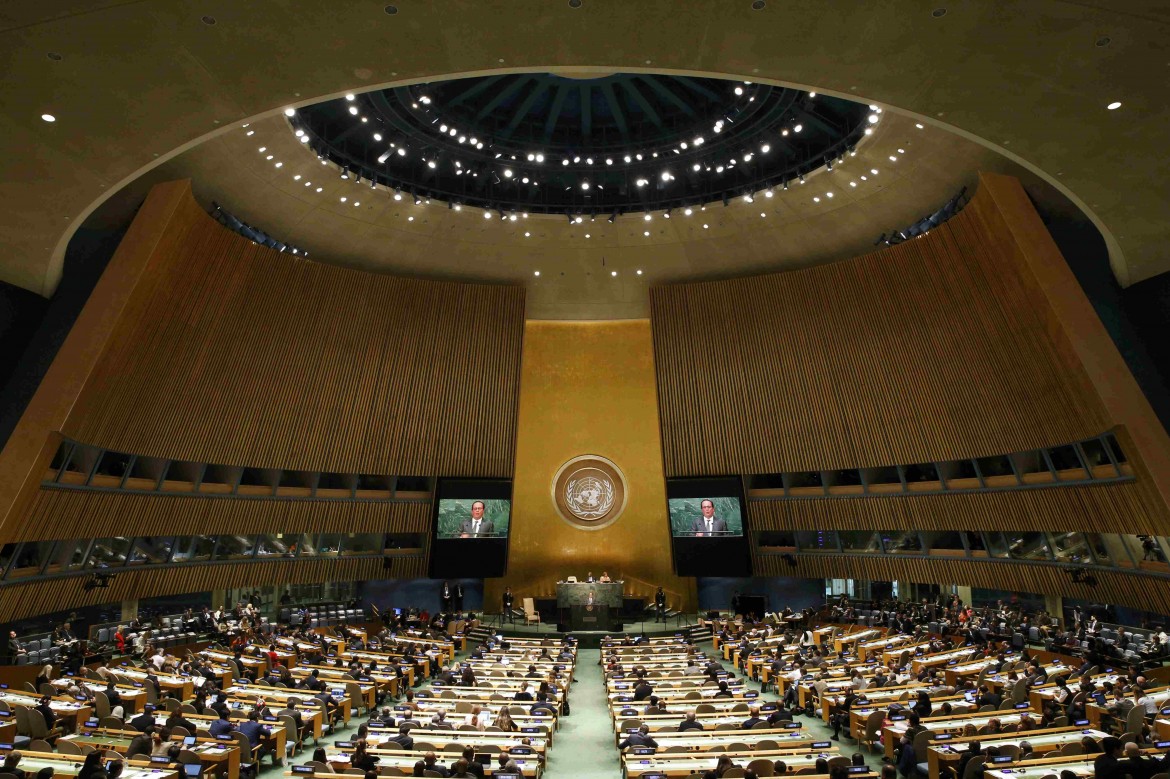 Syrian President Bashar al-Assad’s fight against the militant group ISIS must receive the support of the international community, Russian President Vladimir Putin said Monday during his address at the 70th General Assembly of the United Nations.

“No one except Assad’s forces and militias are truly fighting the Islamic State in Syria,” Putin said, painting a picture of Syrian isolation in the Middle East.

Putin condemned any opposition to the Syrian government, calling a coalition with Syrian troops the best chance to combat terrorism.

He also criticized the West for its role in the rise of Islamic extremism, saying it “armed and trained” moderate rebels in Syria who later defected to ISIS.

The Russian President’s solutions are a staunch contrast to those laid out in U.S. President Barack Obama’s address to the General Assembly. Obama, while stating his willingness to work with Russia and Iran to resolve the conflict in Syria, attacked Assad directly, calling him a “tyrant who drops bombs on his children.”

Obama was steadfast in his delivery, continuously berating Assad, Putin and ISIS .

“When a terrorist group beheads captives, enslaves women, that’s an assault on all our humanity,” he said. “There must be a managed transition away from Assad to a new leader.”

Obama vowed that the U.S. would take in thousands of new refugees, urging other nations to follow suit. “When refugees are welcomed, countries become more productive,” he said.

As expected, the fight against ISIS was the main point of contention for several speakers. King Abdullah II of Jordan defended his people’s beliefs and drew a clear distinction between Muslims and extremists. “A drop of venom can spoil the well,” Abdullah said, correlating the rise of ISIS with advancements in social media. “We must protect our faith from contamination,” he said.

Obama echoed the sentiments of the Jordanian President, calling on Muslims and non-Muslims alike to reject “those who distort Islam to preach intolerance and promote violence,” and “the ignorance that equates Islam with terror.”

He is set to meet with Putin privately on Monday afternoon to try and work toward a solution to the Syrian conflict. It will be the first face-to-face meeting between to two leaders in more than a year.