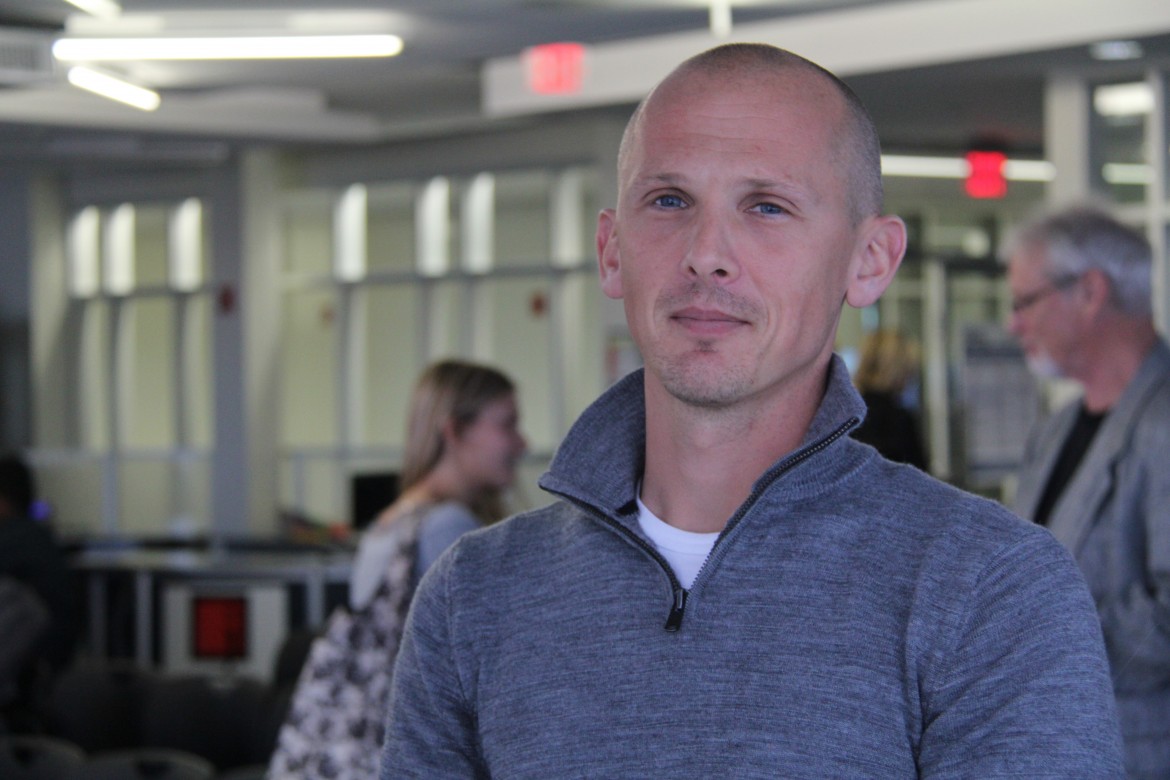 By Katie Pedersen and Christina Romualdo

In an event held in partnership with the Aga Khan Foundation of Canada, Ellison gave attendees a sneak peek into his upcoming online graphic novel, which showcases the stories of women abducted by the Lord’s Resistance Army in Uganda.

Ellison used his background in IT and specialization in data journalism to enhance this project, incorporating video, sound and editorialized images to increase interactivity.

This novel is an example of comic journalism, a burgeoning field that uses graphic novels and cartoons to tell journalistic stories.

Maclean’s journalist Nick Taylor-Vaisey says this type of journalism is a great new way to engage untapped audiences. He says, “I think it is incredibly valuable as a way to bring in new readers, audiences you wouldn’t otherwise attract, to a given publication.”

Taylor-Vaisey is more familiar with the field than most, having seen its impact at his current publication. “Here at Maclean’s, during the Mike Duffy trial, we enlisted a freelancer who wrote everyday from the trial, but he also worked as a freelance cartoonist. And he created an ongoing comic titled, “Trial of the Century” and did nine or ten weeks of a graphic novelling of the Duffy trial.”

“Personally, I think it’s a great experiment to bring in younger viewers or readers who are more inclined to read graphic novels,” says Taylor-Vaisey.

Ellison’s next project is in Tanzania, where he will be featuring child brides as part of his Fellowship for International Development Reporting, which is funded by the Aga Khan Foundation.