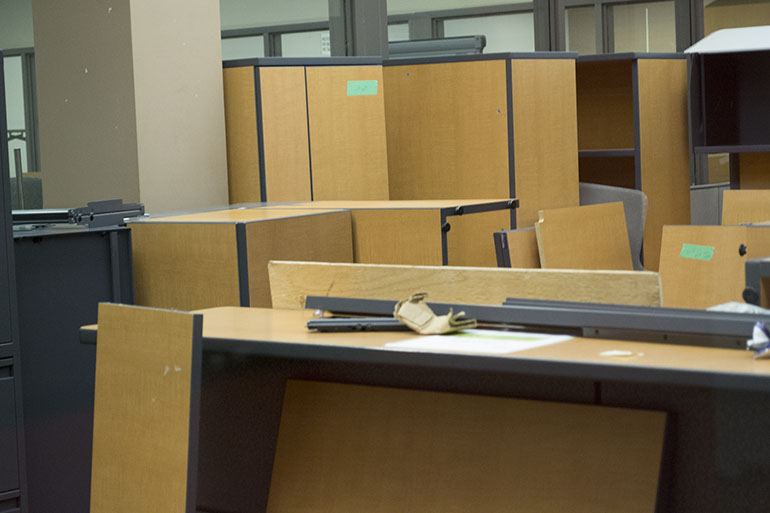 A look inside one of the health services offices in B Building.

The new open-concept building will serve as a hub for all student services in the school as well as an open space for students to study in. The library, student financial services, student health services, the office of the registrar, the international centre, the school of liberal arts and sciences and the college’s executive team have all been relocated to the LRC.

It also marks the inclusion of Humber College’s first Starbucks.

There are already plans to use the old spaces effectively. The first step will be moving offices for the school of applied technology into the old library space said Rani Dhaliwal, senior vice president for planning and corporate services at Humber.

The halls of B Building have become a ghost town.

Each step in the process will lead directly to the next, “the plans are well underway. It will be sort of like a domino effect,” she said.

“If there’s things we can do on a temporary basis just to use the space, whether to give students a place to sit or faculty offices, we will be doing that,” he said.

The plans are already finalized for the empty spaces and construction is set to begin later this year.

The changes are expected to take about a year and a half to finish, said Dhaliwal.

“You can’t turn everything into a construction zone to get it done,” Whitaker said on the length of the project.