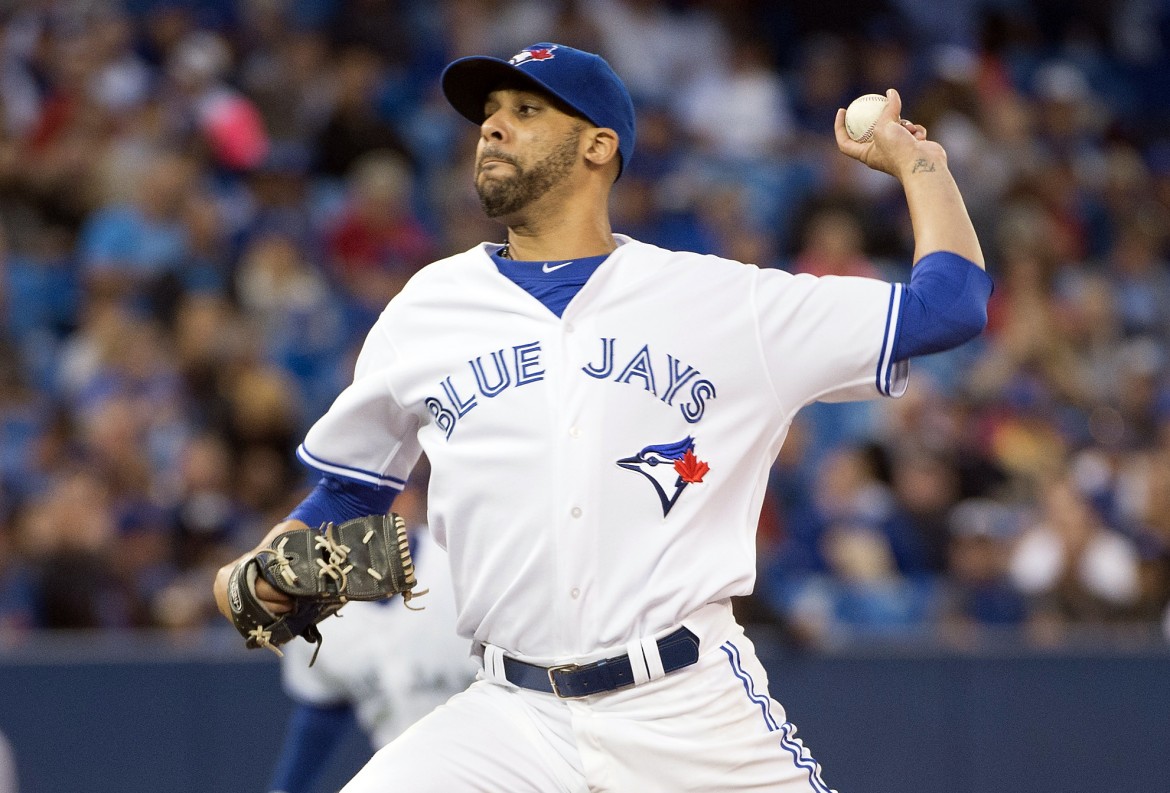 Toronto pitcher David Price continues to represent the difference between the Blue Jays and New York Yankees in the AL East race after a 4-2 win in the series opener.

Jays fans can sit comfortably tonight for game two against the Yanks, after seeing Price pitch seven innings of shut-out baseball at the Rogers Centre on Monday.

Price’s everlasting smile was almost immediately wiped away as a sharp hit fastball from Jacoby Ellsbury ripped right back towards his face in the first inning.

Price quickly employed cat-like reflexes to snag the comeback ball and hold on for the out, a heart-in-the-mouth moment for Canadian fans.

He continued his wake-up call out by sitting down the next 13 batters he faced, only allowing two hits before leaving the mound at the end of the seventh inning.

The Blue Jays remain unbeaten this season against the Yankees with Price on the mound.

Toronto re-jigged the pitching rotation after acquiring Price in July to allow the ace to face the Yankees a maximum of four times. The Jays are holding onto a 3.5 game lead on the chasing Bronx Bombers.

Before being drafted to the MLB in 2007, Price pitched three seasons for the Vanderbilt University Commodores under head coach Tim Corbin. He said Price is still like a son to him.

“We talk almost daily, short and sweet. Our relationship is just natural,” Corbin said in a phone interview with Humber News from Tennessee on Tuesday.

Price brings a lot of emotion to the ballpark every day, which coach Corbin said is one of the qualities that make him so great.

Some professional pitchers adopt an almost poker-face mentality on the field instead. Jason Chee-Aloy, a Major League Baseball scout, says that every on-field style is different.

“He’s held on to his child-like innocence to the game of baseball. He’s just a positive life force, you can see his teeth all of the time and he truly enjoys being out there,” Corbin said.

Some professional pitchers adopt an almost poker-face mentality on the field instead. Jason Chee-Aloy, a Major League Baseball scout, said that every on-field style is different.

“Guys are all different. One style is not better than the other but it is easy to perform when they are relaxed. It’s really important for young pitchers to really enjoy the game to keep up their motivation,” Chee-Aloy said.