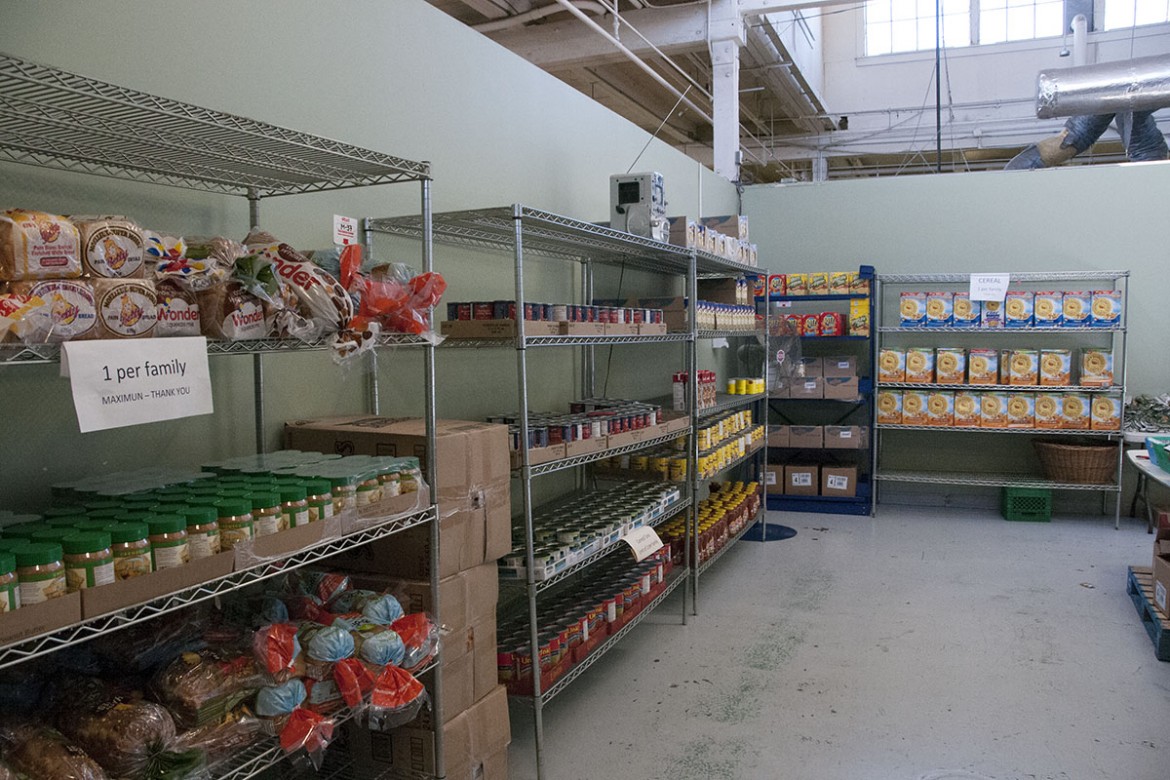 A wall inside the Daily Bread Food Bank shows the amount donors have contributed throughout 2015. (Photo/Edward Hitchins)

Most college students are worried about the pressures of class, their futures or what they have planned for Saturday night with their friends.

But for some, like Abel, only one thought enters their mind during class: Their empty stomach.

“It’s tough,” said the second year student at Humber who asked only to use his first name.

“It’s a humbling experience asking for a handout. But it goes to show you programs like food banks are out there for people like my family to help them. We are very thankful.”

He said his family relies on the food bank to make ends meet.

The 2015 annual Food Bank report shows an increased dependency on these kind of outreach programs since the 2008 recession.

Among the staggering findings is that 48 per cent who use the food bank are single-person households.

In addition, 38 per cent of Food Bank users have a university or college-level education.

“That’s surprising and scary at the same time,” says student services receptionist Asha Rai. “But I think it shows you that everything has evolved.

“Perhaps some of the people who use the food bank who have those degrees needed to diversify and acquire new skills, and they neglected to do so which puts them in a difficult financial situation,” she said.

The Humber Financial Relief Program (FRP) is slated to commence Oct. 1, to help students with the pressures outside of class, and Student Life Vice President Mikki Dekker is spearheading the effort.

Dekker hopes that students in need find what they need through HSF – hope.

“People who are accessing these services are people who are going through a multitude of various other
things.” said Dekker.

“There’s always somebody there that is willing to help. You get to that point and you want to give up, but now as a student you now have one more leap of faith.”

Students wanting to apply are required to log onto Humberlife.ca to fill out an online application.

Demographics targeted for this program include students with families, as well as the LGBTQ community.

Meanwhile, Abel hopes that with the upcoming federal election Oct. 19, governments can alleviate the problem of poverty and do more to help his family of five.

“Taking taxes from the rich and giving back,” Abel suggests. “They need to know that even though people have an education, poverty doesn’t have any boundaries. It could affect anyone.”