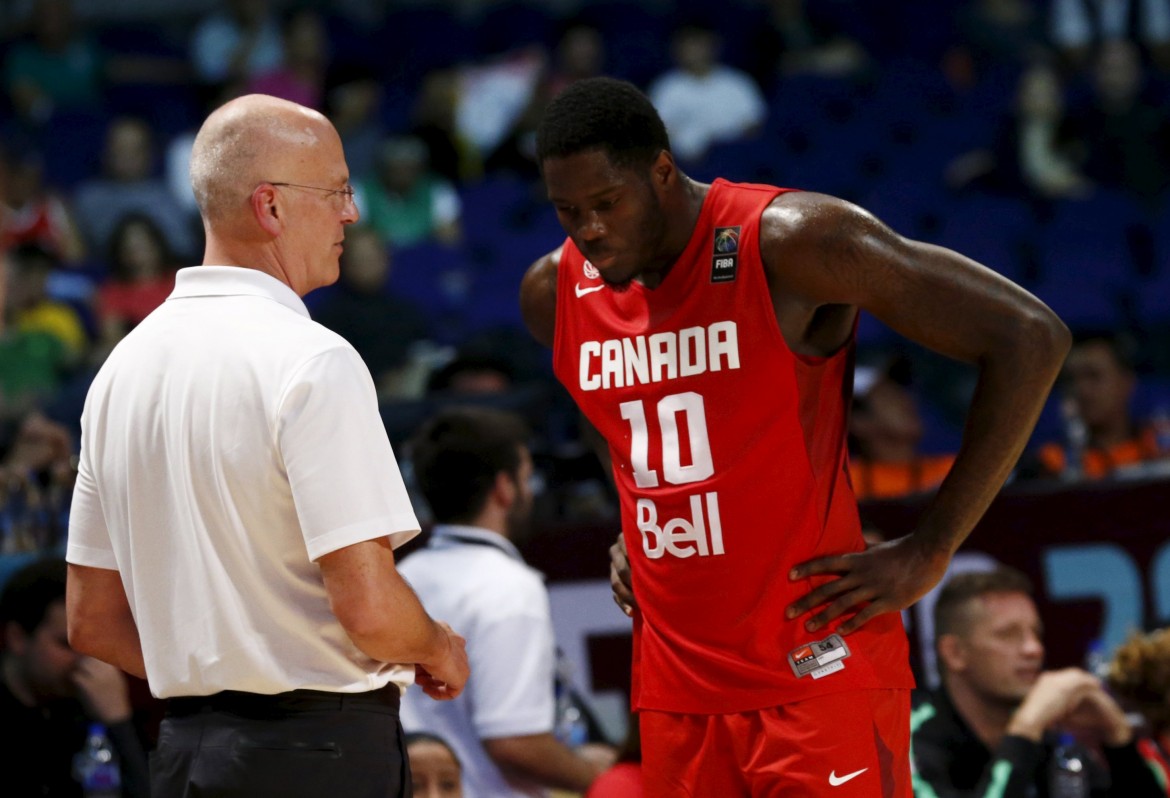 Another Canadian talent is coming home to Toronto. Recently released Anthony Bennett has signed a one-year deal with the Raptors.

Bennett was the first-ever Canadian to be selected first in an NBA draft back in 2013, but has not lived up to the hype since being selected by the Cleveland Cavaliers, averaging only 5.2 points per game, 3.8 rebounds and 0.8 assists with the Timberwolves.

Bennett becomes the second GTA signing for the Raptors this offseason after landing point guard, Corey Joseph. After two rough seasons in the NBA, Bennett will get an opportunity but will be battling for playing time with Patrick Patterson and newcomer Luis Scola.

A Toronto native who grew up in Brampton, Bennett showed impressive stints representing Canada at the Pan Am Games and in the FIBA World championships this summer, walking away with silver and bronze medals in the respective tournaments.

Reactions so far have been positive. Toronto sportswriters seem to agree that signing Bennet is a low-risk, high reward gamble. “They signed a guy at the league minimum with no risk involved,” said TSN story editor Andrew Damelin. “He’ll have to pull off a miracle (to make the starting lineup). I think his goal is to just get into the rotation and to just get some regular minutes,” said Damelin. “He hopes to use his athleticism, power and rebounding to get some minutes.” When it comes to expectations for the 22-year-old, Damelin believes fans should keep them low. “5 to 10 mins a game, a few rebounds and a few field goals. Nothing more can be expected,” he said. “He is currently the 15th guy on the team so expectations can’t get higher than that.” Bennett hasn’t had the greatest start in his NBA career. He battled through injuries in his rookie season with the Cavaliers. He and fellow Canadian Andrew Wiggins were traded to the Minnesota Timberwolves for Kevin Love in 2014. Wiggins went on to win rookie of the year award in the NBA this year. But the Timberwolves bought out Bennett five days ago because of his lackluster performance.

EDIT (29/9): The piece has been updated to clarify statements made by Andrew Damelin. We regret the errors.