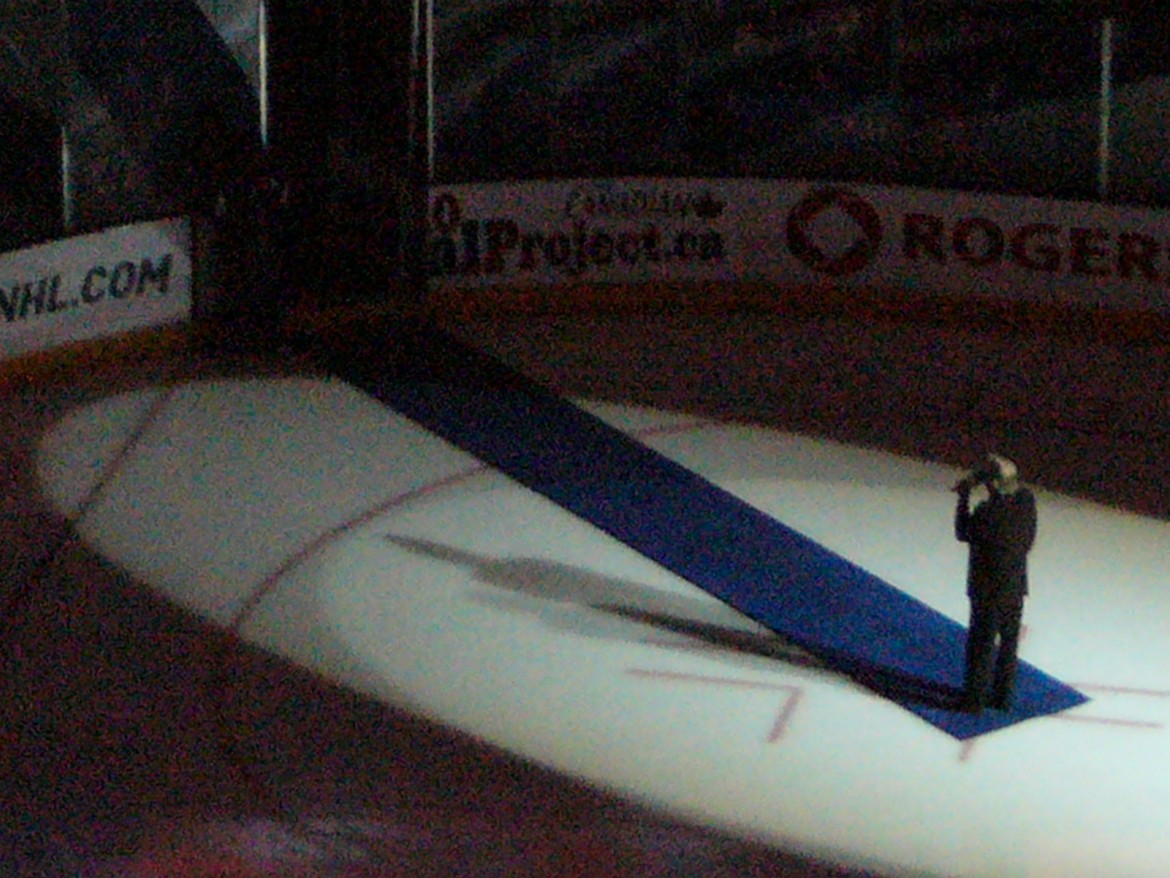 Michael Burgess performing in front of capacity crowed at the Air Canada Centre in Toronto. (Mcorbiere/Wikimedia)

Burgess died Monday night after a several-year battle with cancer.

Burgess was mostly known for his role of Jean Valjean in the Toronto production of Les Miserables in which he performed over a thousand times.

Other major performances by Burgess include Man of La Mancha, Blood Brothers, and other starring roles throughout Canada and the United States.

He was also the first to perform O Canada in Atlanta when the Toronto Blue Jays made their first appearance at a World Series game in 1992.

“He was just the most wonderful performer,” his first agent Robert Missen told Humber News on Tuesday. “He would get on stage and he was electrifying, and was absolutely charming with everyone.”

Missen first met Burgess back in 1992 after his long run in Les Miserables to discuss his interest in pursuing a concert career. After several years of booking concerts across Canada, Missen and Burgess would eventually travel different paths with different projects. The pair reconnected in 2010 when Missen booked several of his final concert tours.

When asked about his favorite moment with Burgess, Missen says the Les Miz track ‘Bring Him Home’ always brought a smile to his face.

“Nobody could sing it as beautifully and as touchingly as Michael,” he said. “It’s a song that many people have sang beautifully but when Michael sang it there was something extremely special about it…He just nailed it.”

Many Toronto Maple Leafs fans might also recognize Burgess’ performances. He performed the national anthems at Leafs games for many years and was actually a pretty good athlete in his own right.

Our thoughts are with the family and loved ones of tenor Michael Burgess who passed away at 70 today. pic.twitter.com/dTEW8lO5ZY

“Michael was a huge hockey fan. In fact, he was a very good player,” Missen said. “He probably could have gone in that direction if he hadn’t become a performer.” Missen also said it was moments like performing O Canada at games that brought him the appreciation of a larger audience.

Micheal Burgess singing the anthem at the ACC always made me feel a foot taller and chills in my spine #rip — Darcy Tucker (@16DarcyTucker) September 29, 2015

Burgess not only influenced his fans, he has also touched those who teach the art of music on a daily basis.

“The example of his singing was so beautiful and rare,” says Darryl Edwards, voice studies professor at the University of Toronto. “It presented an age-old tenor sound that is so rare these days.”

Edwards, also the Artistic Director of the Centre for opera studies in Italy, says something he incorporates from Burgess’ performances that he teaches his students is to “say something meaningful and tell the old stories of how we deal with the world and in us telling it, people who hear us will find something in common.”

Condolences to the family and friends of Michael Burgess, who will be missed. In memory: 17 Jean Valjeans: http://t.co/KdsmZu3jvW