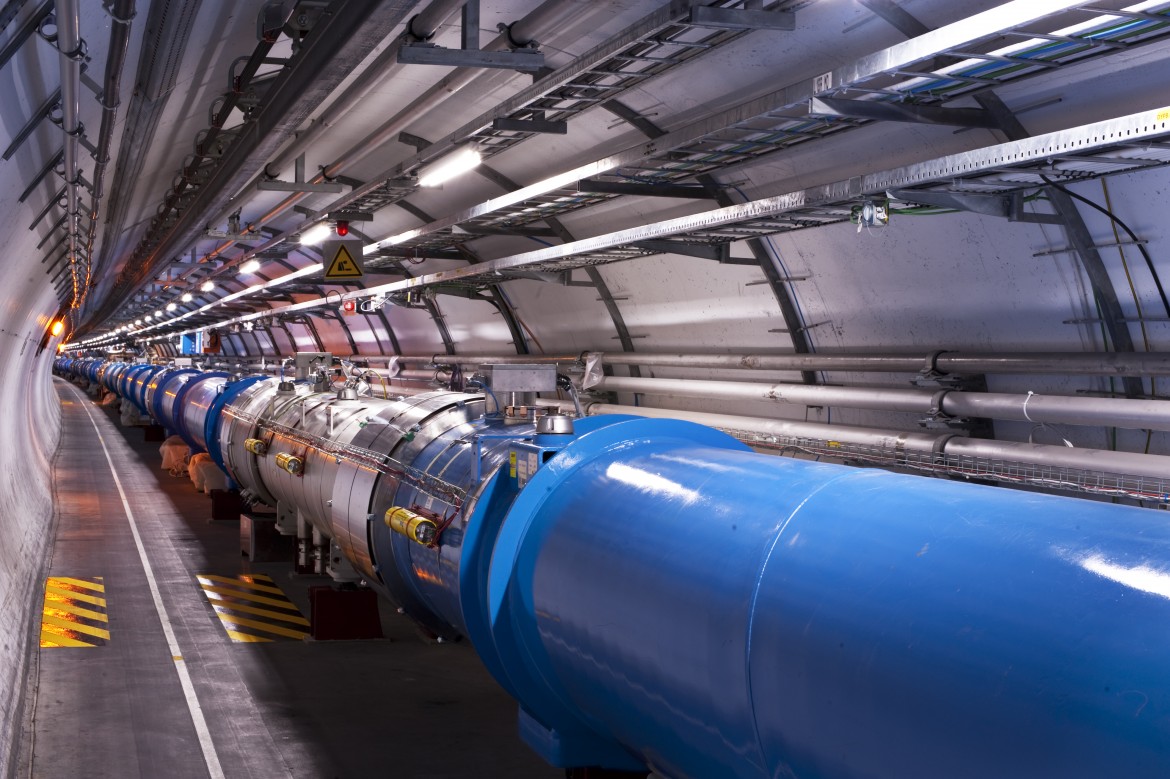 The world’s biggest machine, the Large Hadron Collider, kicked off operations this Monday after a two-year break.

The LHC particle accelerator, located in a 27-km tunnel beneath France and Switzerland, is beginning experiments again after the enormous machine was shut down in order to perform much needed upgrades and repairs.

The LHC made headlines worldwide with the discovery of the Higgs-Boson Particle in July 2012, which opened up new paths in physics and helped solidify our understanding of current models.

The LHC is now operating at twice the power, and scientists hope it will help answer some of physics’ most pressing questions; the origin of Dark Matter, the potential for supersymmetry, the relationship between matter and antimatter and the possibility of other dimensions.

“People are very excited. This is the first time in two years we’ve been able to start because the LHC takes a lot of effort to maintain,” Marsollier said.

“We now have double the energy and this gives us a lot of new things to see in a new window. With this new energy range comes new territory for physicists.”

While the discovery of the Higgs-Boson particle was a monumental accomplishment, Marsollier said there is still much more to discover and that this is only the beginning.

“After discovering the Higgs-Boson, we now have a new and stronger model for physics,” he said.

Thanks to this expanded model, scientists can now focus on one of the most mysterious and pressing questions in the world of particle physics: Dark Matter.

For years scientists have been puzzled about the weak nature of gravity when compared to the other major forces (The Electromagnetic, Nuclear, Weak Nuclear) and how, contrary to our current model, galaxies maintain cohesion without spinning apart. Physicists theorize that there is a hidden, unseen skeleton holding visible matter together, and this skeleton may make up 84% of the matter in the universe.

Marsollier said that one of the major focuses of the next one to three years will be to unravel the facts behind this enigmatic substance.

“Dark Matter is one of the biggest questions, it’s a huge mystery,” he said.

More about the history and future of the LHC particle accelerator can be found in the timeline below.