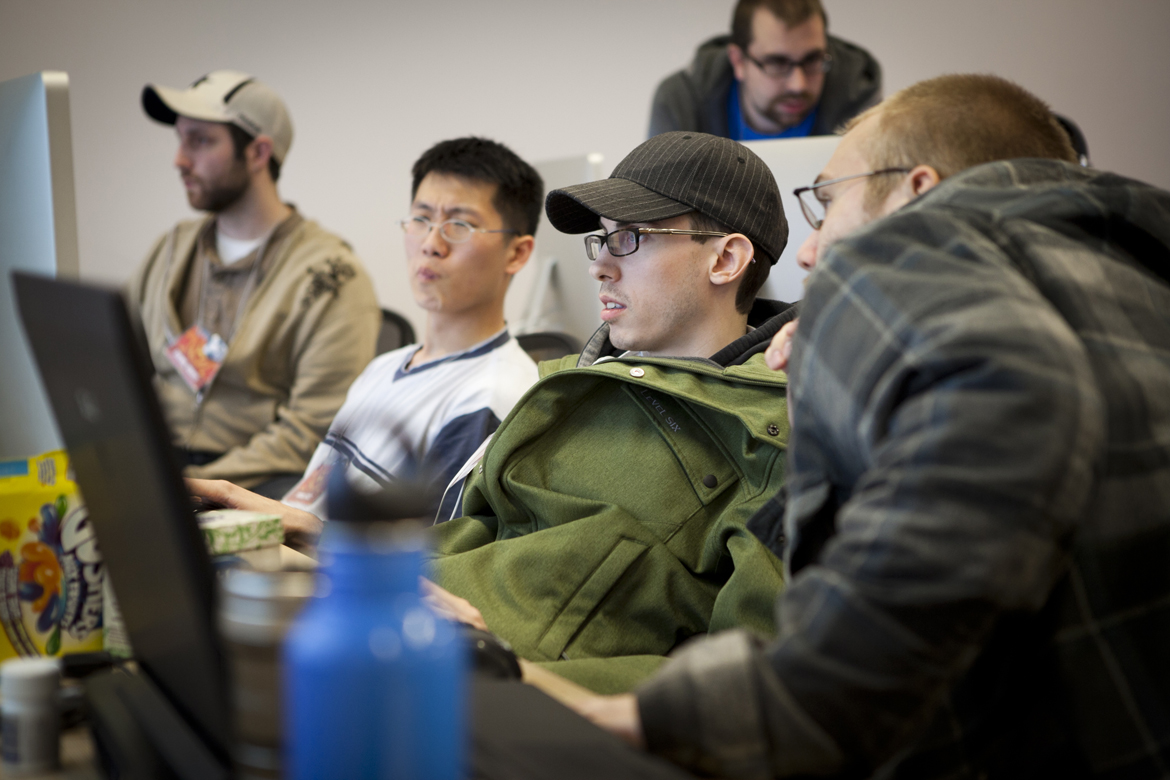 There will be little elbow room at the  tenth annual Toronto Independent Game Jam, or TOJam Tentacular, on the first weekend of May. Roughly 400 people signed up in the first 16 hours when registration went live Wednesday for the three-day video game making event.

Registration closes Friday at 11:59 p.m. and is not on a first come first served basis. Staff take several criteria into account when choosing participants.

“It’s a pretty surreal game making experience. It’s a three day game-making binge where a collective of difference game developers, artists, programmers and anyone who is interested in making games can come to the TOJam and essentially make a game,” said Arthur Marris, an organizer with TOJam.

Events like TOJam are important because they give developers an event where they can network and have a good time making games, he said. TOJam is one of the largest single-venue game jams in North America, drawing participants from all over Toronto, and even from Montreal, the U.S. and Europe.

“I’m sure from the founders’ perspective of going from like 20 people to 450 is like a dream come true. It must be a great feeling to see that kind of progress and to see that appreciation from so many developers… It certainly would be great and nice to go even further than that possibly into the thousands,” said Marris.

What makes TOJam unique is that even though TOJam is one of the biggest, it is free and it is not a competition.

“It’s open for everyone to really experience for themselves,” he said.

Andrew Traviss, a game developer at Golden Gear, has attended all nine TOJams, he said, “It’s been amazing to watch it grow over time and it has been pretty gradual and at this point it’s a completely different experience than it was the first year, but every iteration of it has been great in its own way.”

He said his reasons for going have changed over the years, from getting out there and making a game when he just started out, to being an escape from his corporate job, to now being a way to keep his skills sharp on small projects.

“It’s open for everyone to really experience for themselves” – Marris

“With TOJam going from roughly 20 people to being like 450 people with people being rejected. I think it’s a sign of the amount of support that we’ve been given over the past couple of years…. I think it tells a lot about how far TOJam has come, but also the Toronto game industry as well. It’s also really improved in the past 10 years,” said Marris.

George Brown is providing enough space and technology to accommodate 450 people, “which helped tremendously for getting a lot of games made every year,” Marris said. It has also shown that an event like this is something game developers and outside individuals want to attend.

Traviss said the biggest thing he has gained from participating is a better grasp on what is achievable in a small amount of time. “That’s really helped me out with prototyping my own projects … at Golden Gear.”

His advice to those who have not participated in a game jam before is to aim for something small. “If you’ve never done it before it’s difficult to kind of gauge what you are capable of in that time. That’s the most important thing, to make sure you can walk away having ideally accomplished what you set out to.”