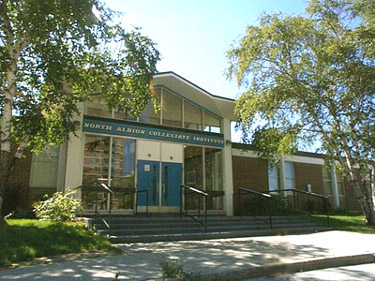 The report comes after the tragic death of Hamid Aminzada, a 19-year-old grade 12 student who was stabbed multiple times in the hallway of North Albion Collegiate Institute in September.

Among the recommendations, 32 are board-wide and nine are specific to North Albion Collegiate, said Ward 1 Trustee Michael Ford.

“It’s a four-way approach to the community, schools, students and staff,” said Ford. “They cover all areas in much detail.”

The subject of locking school doors has gained attention, as the report recommends TDSB schools lock their doors during school hours. Visitors who wish to enter the school should be admitted through a buzzer system. It also suggested cameras be installed to record all people who come in and out of the school.

The report also suggests that policies around cellphone use during lockdown should be more lenient, and that lockdown exercises should be done in the presence of a Toronto police officer.

“It’s a four-way approach to the community, schools, students and staff” – Ford

Other topics such as hallway supervision, camera installation and increasing the number of social workers and social mentoring in schools were also included in the report.

Ford said the board will meet on April 15 to discuss the report.

“Once that begins, that process begins, trustees will be meeting with the board and will start implementing recommendations,” he said.

“Ones that cost more money, we have to do research on and have a little more of conversation around that,” he said.

“In looking at it, the report covers a whole lot of different things,” she said. “[The recommendations] have the potential to make significant difference.”

But without further progress being made, Aitchison said these would remain “just recommendations.”