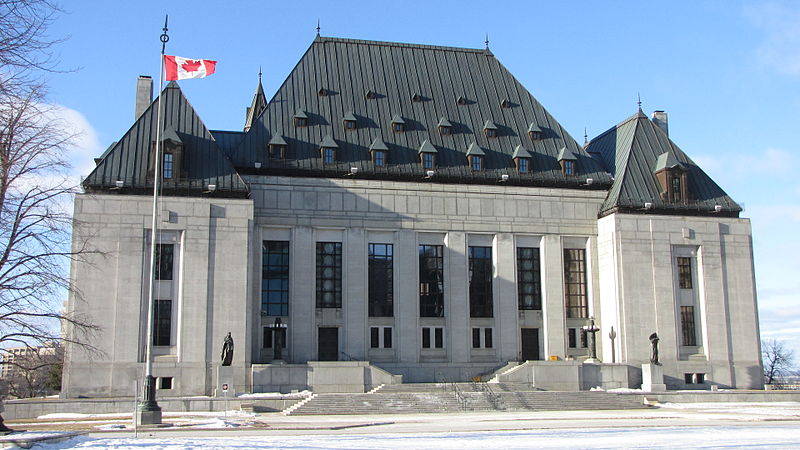 One of the major planks of Prime Minister Stephen Harper’s tough on crime agenda was struck down by the Supreme Court of Canada on Tuesday.

In a 6-3 decision, the majority upheld a lower court ruling that said the government’s mandatory minimum gun law was unconstitutional.

In their minority opinion, the three dissenting justices said “it is not for this court to frustrate the policy goals of our elected representatives, based on questionable assumptions or loose conjecture.”

This kind of strong, sharply-worded dissent is “very unusual” in Canada, Emmett MacFarlane, a political science professor at the University of Waterloo, told humbernews on Tuesday.

“But I’m not surprised about the decision,” he said. “It’s indicative of the government’s willingness to defend bills that the courts may find unconstitutional.”

The law came into force in 2008 as part of an omnibus federal bill on crime from the Harper Conservative government.

In 2013, the Ontario Court of Appeal said the law violated the Canadian Charter of Rights and Freedoms, which prohibits cruel and unusual punishment.

The high court appeal, R. v. Nur, involved two cases involving handguns, including Hussein Nur who was convicted of carrying a loaded handgun near a community centre in the Jane and Finch area in Toronto.

While it did overturn the law, the Supreme Court also took an unusual approach in Tuesday’s decision, upholding the sentences handed out to Nur and his co-appellant Sidney Charles.

Chief Justice Beverley McLachlin, writing on behalf of the majority, said the law could deal with cases that involved “little or no moral fault and little or no danger to the public.”

Macfarlane said it was problematic that the decision was made based on “hypothetical” cases rather than findings of fact.

Professor Troy Riddell of the University of Guelph told Humber News the decision probably wouldn’t make much difference “on the ground.”

“It’s not like a lot of people are going out and commit gun crimes because of this decision,” he said.

The Harper government has had a contentious relationship with the Supreme Court.

In addition to today’s decision, the Supreme Court dealt a blow to the government’s attempts to reform the Senate last April, held last June that Internet service providers didn’t have to provide customers’ information without a warrant, and in March 2014 rejected the PM’s appointment of Marc Nadon as a Supreme Court justice.

Riddell said he could foresee the Harper government using the Supreme Court decisions as a means to motivate the Conservative base in this fall’s federal election.

“Politically it may work to the government’s advantage,” he said. “But I don’t think it will make much difference to the regular voter.”

Macfarlane agreed, saying that he felt the Conservative government would be “happy to run” on its relationship with the Supreme Court.

Macfarlane also said he didn’t think the decision would have much of an impact on the government’s tough on crime legislation.