Raptors swept away by Wizards; what’s next for the franchise 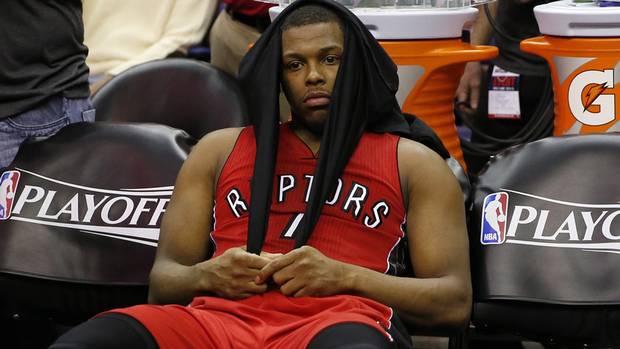 A deflated Kyle Lowry sits during a time-out in game 4 against the Washington Wizards.
(Associated Press/Alex Brandon)

The future of the Toronto Raptors is in question after an early exit from the playoffs, basketball analysts told Humber News Monday.

The Raptors failed to register a single win in their opening playoff series against the Washington Wizards. The four-game sweep has fans and analysts alike, stunned.

“It’s just baffling what happened in this series, there’s no excuse to go down 4-nothing to the Washington Wizards,” basketball analyst Drew Ebanks told Humber News.

“The mindset, the effort, the team chemistry- none of that was there.”

It was an effort described as “horrific” by power forward Patrick Patterson when he spoke to the media following the loss. Experts agree that the effort was uninspiring at best.

“I feel worse for the fans- the team played without heart, without any kind of tenacity, and without any will to win,” said Ebanks.

Fans everywhere are looking for answers. The team that once set a franchise record with 49 wins this season, lost four straight to a team they had gone undefeated against in the regular season.

“Lowry wasn’t himself, something must have happened,” said Visenberg.

“Kyle was not playing to an all-star level for quite a while and we won’t find out until a few months down the line when someone breaks what was wrong.”

Lowry, who was chosen to compete in the all-star game, shot 38 per cent following the break, down from 43 per cent. He failed to perform like an elite all-star player, experts say, shooting only 32 per cent during the series against the Wizards.

“The whole push to get Lowry to the all-star competition, it seemed like it took something out of the team because after the all-star break they were really bad,” said Ebanks.

“Obviously there’s something going on with Lowry, and I’m sure there will be injury talk that he was suffering from something more serious than people thought.”

While fans are blaming Lowry for the team’s woes, the onus doesn’t rest just on the favourite, as there were several exposed gaps within the team’s performance, says Visenberg.

“My feeling is that there’s going to be a lot of guys up on the chopping block,” said Visenberg.

“There’s a lot of fans complaining about Casey and his moves- firing him is certainly possible.”

Ebanks agrees, and explains that Casey failed to use defensive-aggressive bench players like James Johnson effectively.

“There needed to be strategic moves made by the coach to change things up,” said Ebanks

“The fact that Casey didn’t use Johnson except for seven minutes in the first game, and a little yesterday shows that there’s something going on between them, no matter what they say to the media.”

Ebanks says that there was a clear disconnect between the players and Casey, and that ultimately led to the teams downfall.

“If you can’t get your team up to at least one win and really compete there’s a problem- it just seems to me that the team just tuned him out and my gut feeling is that he won’t be back.”