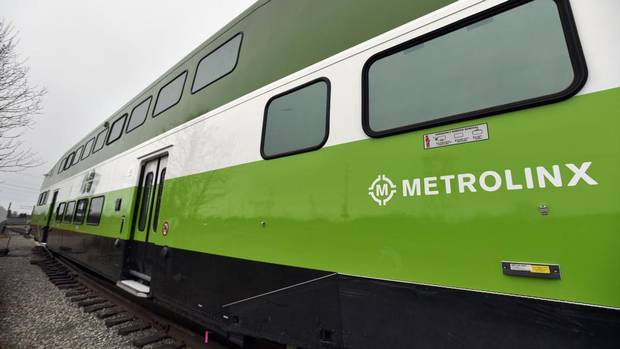 Ontario is moving forward with the Hurontario-Main Light Rail Transit project with the help of provincial funding. (Fred Lum/The Globe and Mail)

The regional transit agency Metrolinx announced Tuesday that the province will provide $1.5 billion to the Hurontario-Main Light Rail Transit project, potentially shafting the idea of the downtown relief line.

“The anticipated schedule to get construction started is around 2017, and then the completion would hopefully be 2022,” said LRT Project Manager Matthew Williams.

The province originally promised to provide $16 billion over the next decade, but the LRT cost in addition to the $13 billion promised to expand the regional GO rails will drain the funding, reported by Global News.

“It’s about providing connections to the GO lines and other facilities that people want to get to. It’s also about ultimately moving more people,” said Williams.

This project will provide a crucial link between many of the existing transit lines in the region, Media Relations spokesperson for Metrolinx Mark Ostler told Humber News.

Williams went on and said that one lane of traffic normally can carry about 1,000 cars in an hour, whereas having the same space dedicated to the LRT project can carry up to 7,000 people in the same amount of time.

“It’s not something that people are going to see tomorrow, it’s about trying to have a vision that looks at a few years into the future, knowing that this will be a project that will serve Mississauga and Brampton for many decades to come,” said Kevin Draper, a constituency assistant for Mississauga South MPP Charles Sousa.

‘It’s about providing connections to the GO lines and other facilities that people want to get to.’ – Matthew Williams

“The LRT vehicles have a higher capacity than bus transit systems. They’re also electrically powered with no emissions and offer a comfortable ride,” said Ostler.

In terms of what is expected to come from this project, Williams said “a lot of work, but this project is a huge part of Mississauga maturing.”

Draper said the planning of the project is based on the assumption of the population density of Hurontario Street, and that it is going to grow quite a lot, so in the absence of the LRT, traffic would be completely suffocated and unmanageable.

“It will definitely help commuters get to major transit hubs quickly and without the hassle of driving and parking,” he said.

On the contrary, Williams said that the biggest challenge will be the construction management.

Draper went on and said that this project is something that multiple levels of government have explored for a number of years.

“We’re eager to see it being built, and getting the preliminary work done,” said Ostler.