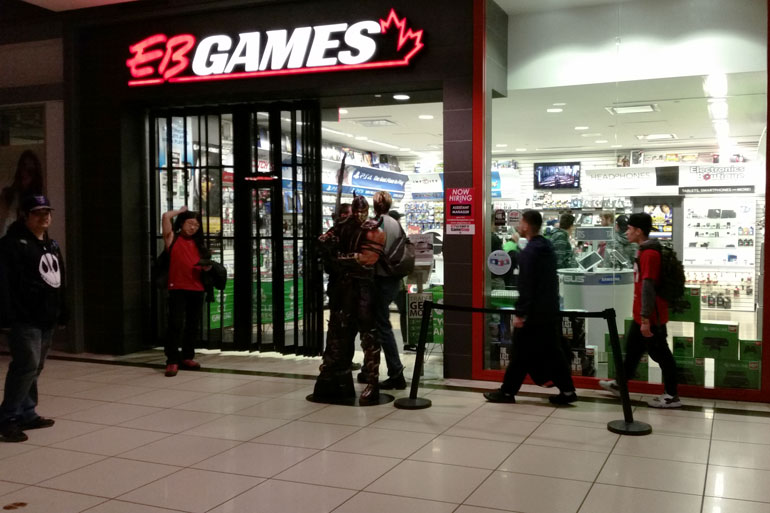 Fans line up for the midnight launch of ‘Mortal Kombat X’ at the Toronto Eaton Centre on April 14, 2015. (Willy Phan/Humber News)

The newly-released fighting video game Mortal Kombat X is the first instalment on next-generation gaming consoles and its high-definition depiction of blood and gore is making quite a few stomachs turn.

The game was released on Tuesday and is the latest entry to the Mortal Kombat series.

The first installment of the series ultimately lead to the creation of the Electronic Software Ratings Board (ESRB), which designates video games with ratings, restricting their purchase to individuals over a certain age.

Mortal Kombat X is rated ‘M for Mature’ by the ESRB, which means anyone under the age of 17 trying to purchase the game must have the consent of a parent or guardian.

The franchise has sold over 35-million units since its inception in the ’90s, said publisher Warner Bros. in a press statement.

For more details on Mortal Kombat X and its history with the ESRB, check out the video below: