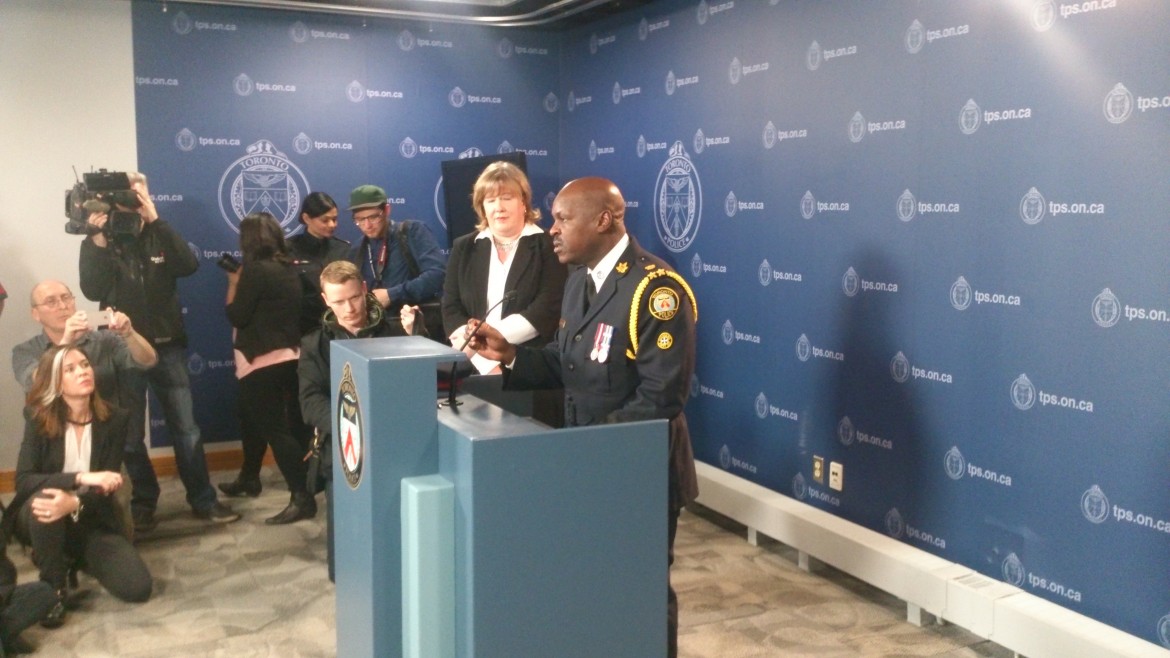 By Katherine George and Brendan Quinn

Saunders is a veteran officer with 32 years experience and will be the first black man to lead the force.

President of the Toronto Police Association Mike McCormack said Saunders’ experience will make him an asset to the force.

“The police and public are one and we’re looking for a leader that can bridge that and have respectability and credibility within the community, but also within the policing community,” said McCormack.

There are many challenges policing has to overcome, but McCormack says he looks forward to working with Saunders and overcoming these issues.

“We have morale issues with our members, we have all sorts of media issues around policing and we’re looking forward to working on all of those to improve not only the communities and citizens of Toronto, but also improving the work environment for our members and the challenging job of policing,” he said.

Saunders takes over for Blair on April 26.

Humber News looks at how Saunders will fit into his new role.