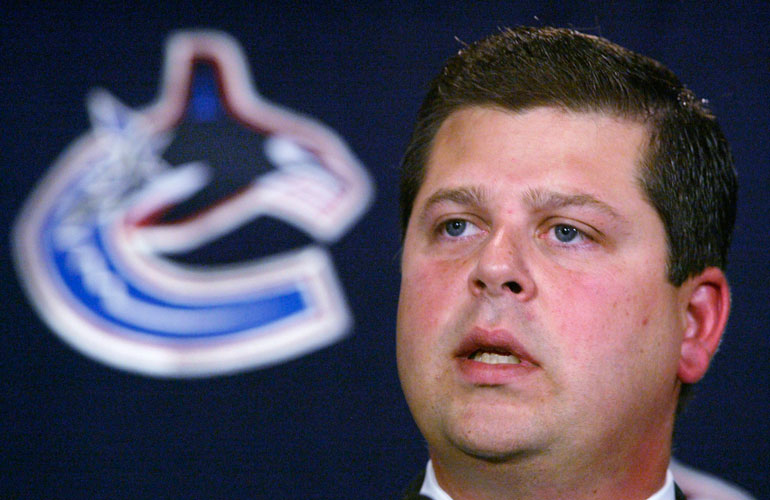 By Katherine George and Christina Succi

A year into the job, Toronto Maple Leafs president Brendan Shanahan is rebuilding a shattered organization.

Shanahan addressed the media Monday afternoon saying he is committed to building a team that is capable of winning the Stanley Cup.

He began with the firing of General Manager Dave Nonis on Sunday, who insisted that ex-head coach Randy Carlyle was the issue earlier in the season, not the roster he assembled.

“The team’s performance forced his hand and left him no option.” – Aaron Ward

The Leafs managed five regulation wins in the remaining 42 games since firing Carlyle.

Shanahan also told media that Sunday was a ‘hard day’ but that he needed to be decisive and take action with decisions that he thought were best going forward.

After the team had their worst season in almost 20 years, the dismissals were inevitable, TSN’s Aaron Ward told Humber News via e-mail.

“The team’s performance forced his hand and left him no options,” said Ward. “The team hit rock bottom so whatever he does he can’t be blamed or criticized.”

Jared Clinton of The Hockey News agrees that the changes made by Shanahan were expected.

“The writing was on the wall for Nonis because this is two straight seasons of disaster when things were supposed to be moving in the right direction by now,” said Clinton.

“He failed to build around the pieces he had like Phil Kessel, James van Riemsdyk and Dion Phaneuf.”

As part of the overhaul, Shanahan also fired interim head coach Peter Horachek, other assistant coaches and much of the scouting staff, including Director of Scouting Steve Kasper and Director of Player Development Jim Hughes.

The firings open the door for veteran coach Mike Babcock, current coach of the Detroit Red Wings, who brought the team to a Stanley Cup in 2008 and coached the Canadian Olympic hockey team that won gold in 2014, Clinton said.

“The writing was on the wall for Nonis because this is two straight seasons of disaster.” – Jared Clinton

“It’s no secret that Babcock is interested in setting a new precedent for coaching salaries and Toronto has the money to pay him,” said Clinton.

“He’s also as great a hockey mind as they come and he could probably do wonders with the Maple Leafs.”

Looking forward, the new GM will have the responsibility of cleaning house on a roster full of players who underperformed and failed to properly represent the club through the tumultuous season.

“Shanahan’s going to have to start from the front office,” said Clinton.

“He has a nice base with Kyle Dubas and Mark Hunter but he’ll have to look at putting an NHL ready GM in place.”

But Ward says the biggest issue in the rebuild is not filling the newly vacant staffing positions, but to change the culture of the club.

“Find a core group to build around that represents what you want the team identity to be- that’s the toughest part.”

The following timeline contains important past and upcoming dates for the Toronto Maple Leafs in 2015.

Humber News asked students at the North campus what they think about the recent moves by Brendan Shanahan to rebuild the Leafs.