Jays look to improve in Game 2 of home-opener series 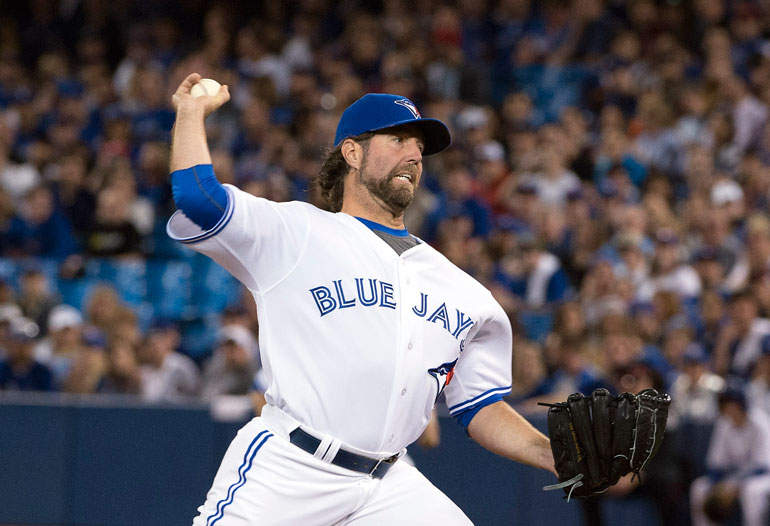 The Toronto Blue Jays are looking to tie their home-opener series against the Tampa Bay Rays tonight.

The Jays lost their home opener 2-1 in front of a sold out crowd at the Rogers Centre on Monday.

The one thing that pitcher R. A. Dickey does well is “make the ball dance around the plate” and last night he did too much of that, Nicholson-Smith said.

Dickey threw five walks which proved to be the difference maker. He walked the final two runs as the Devil Rays handed the Jays their third consecutive home-opening loss in front of a crowd of 48,414.

“In the 4th [inning] he couldn’t control the ball and that’s how the Rays got two runs,” he said.

“He played well in his first game against the Yankees,” he said.

In that game, Norris threw his slider and change up very well and fans will be seeing that tonight, he said.

He said the Jays need to get their bats going because the Rays have great pitching.

Toronto Blue Jay Blogger Ian Hunter said it’s sad not seeing the Jays getting the home runs they are known for, but tonight’s game should be different.

He said he hopes Norris has a big game tonight and thinks he will become handy for the Jays.

“Norris is an important piece, he’s a great pitcher,” he said.