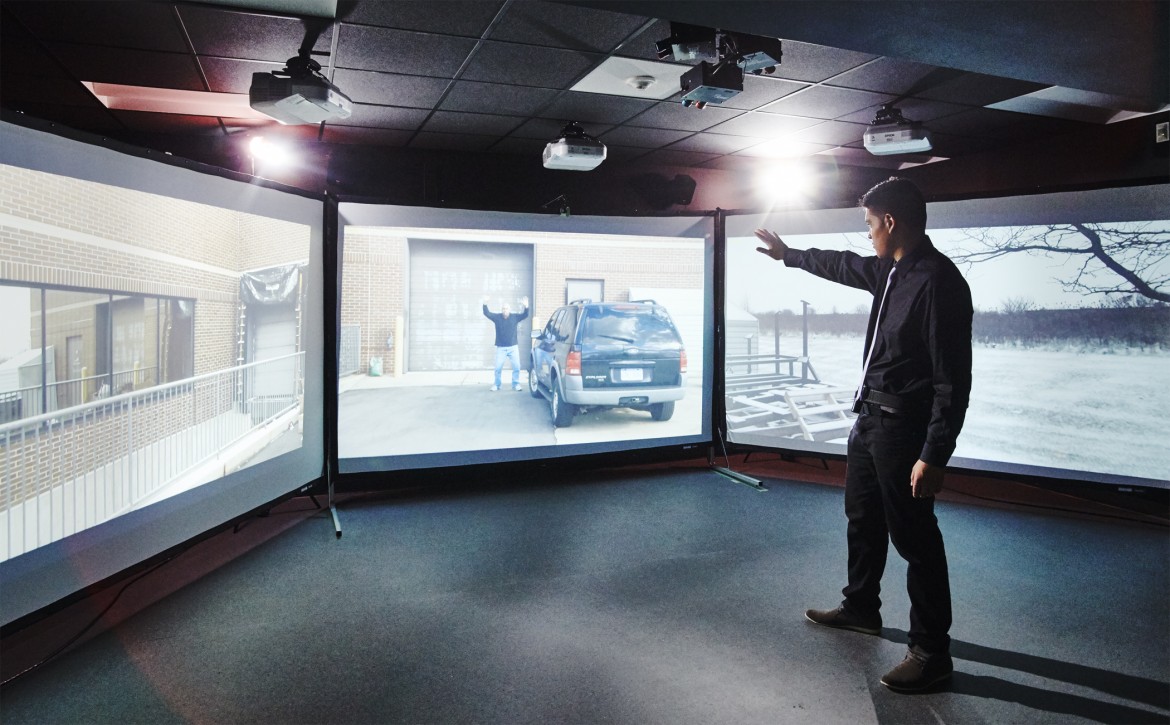 Humber College is making news in its Police Foundations Program with new technology that simulates high tension, high risk situations for police on the job — and teaches students how to diffuse them.

The school just started using the program called a de-escalation simulator this semester.

“When they find themselves confronted with that situation … they can consider that there might be other ways that we can de-escalate the situation  without automatically  defaulting to a use of force,” said DeFacendis, a former Peel Region police officer.

The college has spent $250,000 on the new equipment from the United States.

Students experience a number of volatile scenarios including domestic abuse, confronting someone who is mentally ill and in a standoff with police, and pulling over armed and dangerous suspects.

“The simulator is designed specifically to present live scenarios…and get them to practice the theory that we talk about in class in relation to de-escalation techniques, trying to minimize the use of force  in order to get a situation under control,” said DeFacendis.

Depending on how the simulation plays out, police students may still have to use their weapon, DeFacendis said.

“It doesn’t mean that force may not necessarily have to be used,” DeFacendis said.

Time for some Canadian perspective?

The technology will require some work since, as DeFacendis points out, the scenarios are based more around U.S. style situations and are not giving the student the Canadian experience.

“The simulation system we purchased is very customizable in the sense that we can put in new scenarios to deal directly with, what I call, ‘Made in Canada situations’ and that way we can focus our training very specifically around situations that occur in our country,” said DeFacendis.

“Many of the scenarios are very firearms focused,” Martha  Jansenberger, who works in Humber’s School of Social and Community Services, told City TV in Toronto.

“We want to make more scenarios that reflect issues relating to mental health and child custody issues… day to day policing,” she said.

The next step is to create more situations that can be added to the system.

“The plan is over the summer months to brainstorm scenarios and we have a couple individuals now who are skilled in videography. “