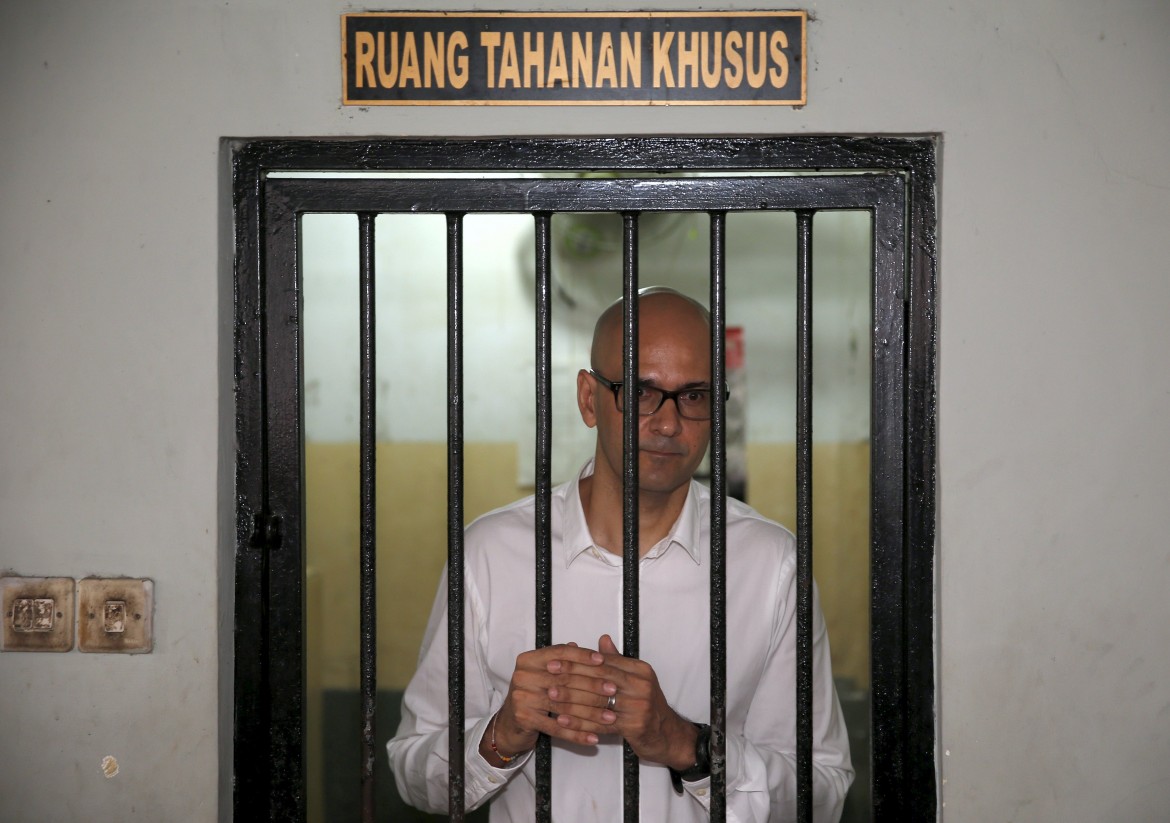 Canadian Neil Bantleman has been found guilty in an Indonesian sexual assault trial and has been sentenced to 10 years in prison.

“My husband is innocent, he always has been, he always will be,” said Neil’s wife Tracy Bantleman, on her twitter page, “I am deeply disturbed and appalled by the verdict.”

Neil Bantleman, a Burlington, Ont. native, 45, had been detained in Jakarta, the Indonesian capital, since July 2014.

Bantleman, who was vice-principal at the prestigious Jakarta International School, and Ferdinant Tjiong, an Indonesian teaching assistant, had been on trial for sexual abuse charges.

Bantleman and Tjiong had been accused of molesting three boys while the pair was working at the school between 2013 and 2014. They were held in jail for months without being charged or having substantial evidence against them, said Guy Bantleman, Neil’s brother.

The two men were accused of violating Indonesia’s Child Protection Law. Under Indonesian legislation, any related crimes can carry a maximum penalty of 15 years behind bars.

Although the trial was conducted in private with limited media access, names of victims and their parents were listed when the verdict was read, according to Alice Budisatrijo, BBC producer in Jakarta.

Bantleman never showed any remorse while his verdict was being read, said a Wall Street Journal (WSJ) twitter post.

The verdict took over six hours to read, the WSJ said.

A history of Bantleman’s detention in Jakarta can be found below:

In December 2014, five janitors from the same school who were arrested under related charges were sentenced to a maximum of eight years in jail. A sixth suspect had also been arrested but committed suicide by drinking bathroom cleanser while in custody, prior to his sentencing, according to Jakarta police.

Bantleman’s only courtroom victory came in February, after he successfully sued a Singapore woman for libel. The woman had alleged Bantleman molested her pre-school aged son, but the claim was deemed as defamatory by Indonesia’s high court.

However, the libel verdict in Singapore had no effect on the sexual abuse charges Bantleman faced in Indonesia.

The next chance Bantleman has at getting his freedom back will be in the form of an appeal, which he said he will be applying for.

The Jakarta International School (JIS) had been attended by high-income families and Indonesia’s elite, according to the JIS website. There are 2,400 students from roughly 60 countries enrolled at JIS and all students are aged between three and 18.

Burlington-native Neil Bantleman kisses his wife as the verdict is read during his sexual assault trial in Jakarta, Indonesia. (REUTERS)