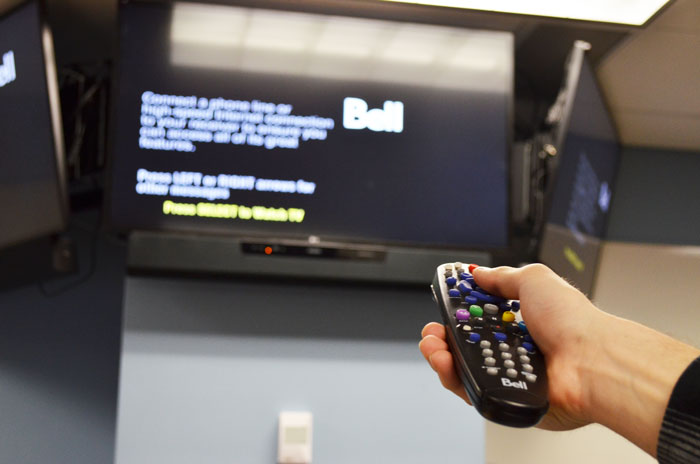 The 95,000 subscribers that ditched Canadian cable in 2014 are finding new ways to watch television.

It was a sharp decline compared to the 13,000-subscriber dip in 2013, and the losses are expected to grow to 97,000 in 2015, according to a series of reports by the Convergence Consulting Group.

Between 2007 to 2011 cable subscriptions were booming with an average of 220,000 subscribers a year. With the evolution of the Internet and Netflix those numbers may never return.

In the last four years Netflix subscribers have increased by nearly one million in Canada.

“Why watch something on television and have to wait for commercial breaks where I can just watch it online or on Netflix and not have to worry about interruptions,” said Austin McAdie, a Humber College Film and Television student.

“The Internet is ruining cable TV because everything is on demand,” he said.

Paulton Mackenzie, producer of Caribbean Headline News on Rogers TV, told Humber News “my show on Rogers has been affected by the decline in cable television although my age demographics is for viewers 45 plus who are not totally internet based.”

“There are other programs on Rogers which attract younger audiences” which face greater losses in viewers who are more Internet-focused than his audience, he said.

The majority of the population still watch their favourite shows on their TV screen but through Netflix or an Internet streaming site.

Rogers and Shaw launched the on-demand streaming service shomi, and Bell responded with it’s own online streaming platform called Crave. However, shomi and Crave are only available with a cable subscription.

“Netflix is way more convenient then watching cable TV because I can watch my shows when I am free as opposed to having to wait till it airs on television,” said Sheena Dossa, a Early Childhood Education student at Humber College.