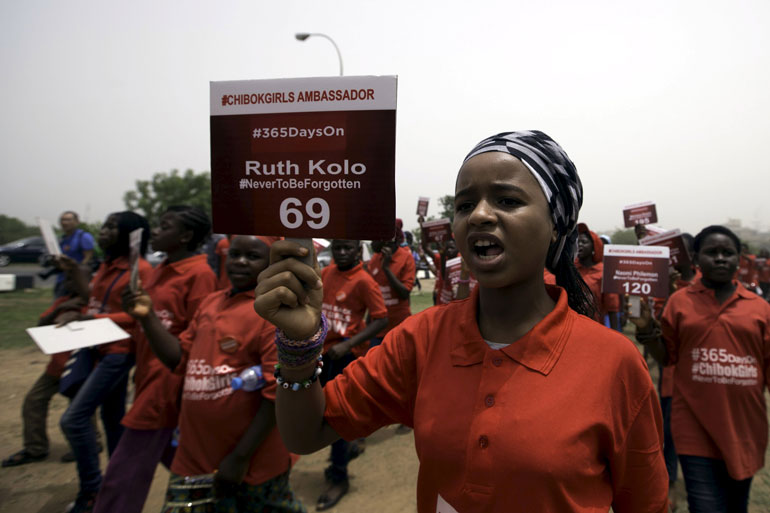 A girl holds a sign during a march to mark the one-year anniversary of the mass kidnapping of more than 200 schoolgirls from a secondary school in Chibok by Boko Haram militants, in Abuja April 14, 2015. (Reuters)

Around the world on Tuesday protesters were vowing to remember the lost girls that were taken by Nigerian militant Islamist group Boko Haram a year ago.

A procession was held in Nigeria’s capital, Abuja, with 219 girls representing each missing girl.

Women demonstrating in Abuja sang songs and wore t-shirts with the words #365DaysOn and #NeverToBeForgotten.

Boko Haram said all the girls who were kidnapped have been converted to Islam and have been married off.