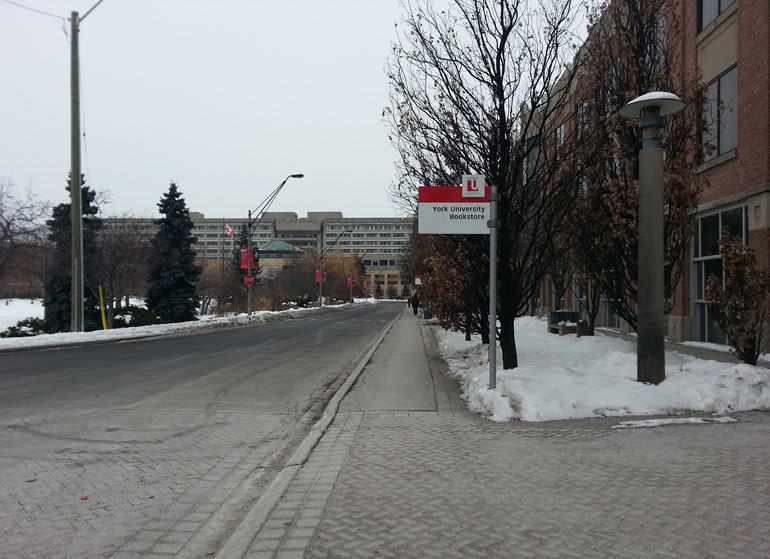 Meanwhile, contract faculty are no longer on strike after agreeing to a new offer with the school.

York University president and vice-chancellor Mamdouh Shoukri released a statement on the school’s website in response to the results.

“With this outcome, in which contract faculty are no longer on strike, the University is reviewing plans to allow as many students as possible to return to their studies in order to complete their terms,” said Shoukri.

In addition, the York Federation of Students posted an update on its Facebook and Twitter pages to notify students that “all academic activity will remain suspended until further notice.”

The university declined an interview request from Humber News.

A tentative agreement was reached between the union and school administration on Friday after 3,700 teaching assistants, graduate assistants, and contract faculty walked the picket lines for four days. The union began picketing on March 3 after failing to reach a new deal with the school’s administration.

He also emphasized the large role that union members have in the teaching process.

“Between the contract faculty and TAs, we’re responsible for 64 per cent of all the teaching that goes on at York University,” said Ahmed.

Prior to Monday’s vote, CUPE made a recommendation for union members to accept the offer.

Nearly 1,300 members of the union showed up to Rexall Centre near the campus to participate in Monday’s ratification vote. Members of each unit voted separately on their own offer.

The school’s latest offer was rejected by 59 per cent of TAs and 77 per cent of graduate assistants in attendance. Meanwhile, 65 per cent of contract faculty accepted York’s settlement offer.

The ratification represents an incremental victory for contracted instructors, who face significant challenges within and beyond the academic environment than tenured professors.

“The lack of job security makes it difficult to plan ahead [and] to be there for students in terms of mentorship and engagement,” said Graeme Stewart, who is the communications manager for the Ontario Confederation of University Faculty Associations.

Contract faculty also face complications with personal financing due to the uncertain nature of their employment.

“When you don’t know five months down the road if you’re going to have a job or any sort of income… it makes it difficult to buy a house, buy a car, invest, save,” said Stewart.

“All these things that are important to do as an individual become very difficult when you don’t have job security,” he said.

Disparity in the ranks

Stewart also noted there is a significant disparity in the power between contract faculty and tenured professors within the institution.

“A tenured faculty member has a great deal of job security and is empowered to be critical, to be innovative, to push the boundaries,” said Stewart. “That’s something that’s not available to a contract faculty member.”

“If you speak out as a contract faculty member, you are at risk in a different kind of way than you would be as a full-time faculty member,” he continued. “They may not say it to you, but if you become an irritation to the administration, your teaching position can go away.”

In the meantime, York students will continue to hold their breaths while the school continues negotiations with the rest of CUPE 3903.

Second-year classical studies student Viet Huynh said she is concerned about the the uncertainty that looms with the ongoing strike of the union.

“Everyone is worried about whether or not if they’ll graduate on time, whether the strike will ruin their summer plans,” said Huynh.

“It’s going to encroach on our summer plans and a lot of students are working,” she said. “If the classes do end up being in the summer, a lot of people are going to lose their jobs because they wouldn’t be able to work.”