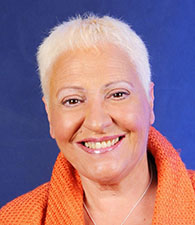 A report from the Toronto Catholic District School Board said they’re against having classical music played in school parking lots and bathrooms.

According to the report, playing classical music in school trouble zones such as bathrooms and parking lots is said to deter crime and student insecurity.

In the report, Rizzo said she has concerns.

But the Catholic board, so far, has said no. In fact,  school officials want to strike down the proposal to use classical music.

“Current budgetary challenges and the inconclusive evidence that it deters crime in any significant matter,” the board report said.

Officials have estimated that the classical music initiative would cost schools between $1.9 million and $3 million.

One teacher Humber News spoke with Friday said she had doubts about the program.

“Maybe listening to music would relax the mind, but on the other hand, I believe that if a kid wants to do something bad, no matter if there’s music they’ll do it,” said Elena Mastrantoni, teacher at St. Elizabeth Elementary school.

Mastrantoni told Humber News that there are other inexpensive ways the school board can improve student safety. She said there are activities that can be put into place to keep kids off the streets and have an outlet to turn to.

“Putting kids at ease means educating them, knowing that tomorrow they can become adults that will survive in the world,” Debbie Da Costa, a supply teacher for the Toronto Catholic School Board, said.

Washroom music will not reduce crime, but the way kids are educated certainly would, Da Costa also said.

John Yan, spokesperson for the Toronto Catholic District School Board, told the Star that funding is not a factor, rather, it’s the lack of evidence that classical music has any effect on behavior.

But music experts report that classical music will be positive for students.

“Any kind of musical instruction that allows kids to actively participate gives them a lot of tools to be successful in general,” said Barnaby Kerekes, Director of the Toronto based ABC Academy of Music.

“Maybe listening to music would relax the mind, but on the other hand, I believe that if a kid wants to do something bad, no matter if there’s music they’ll do i” – Elena Mastrantoni

Kerekes said children who are able to make music together learn about communication in ways that other students might not, regardless of whether they are part of an at risk population.

In regards to knowing when to speak and not speak, “these are all things that are built in to a basic music education,” he said. “It’s a very settled way to make effective regulated communication systems.”

Kerekes told Humber News that young learners who are exposed to a creative environment promotes positive emotional states when communicating.

Children are more inclined to resolve any problems they face in that environment and communicate in a positive way, rather than in a poor manner, because they don’t have the tools to do so, he said.

The Toronto Catholic District School Board is scheduled to release their report on classical music next Thursday.

Tweets from students and music schools expressing their thoughts on classical music:

Someone in this school is trippin with this classical music on the intercom.

@donald_gately @ThatMathLady we play classical music in the halls through out the day… Kinda fun. (Arts school) #BFC530

Letter: Making music together in school is important and fun #classicalmusic http://t.co/2OcPK47bIe

@CCA_Camden We run Classroom sessions & workshops in classical music. Sign your school up for an Apollo Music Project http://t.co/QUT2ZndNKz

In middle school, my teacher put me on to listening to classical music when I study, changed my life