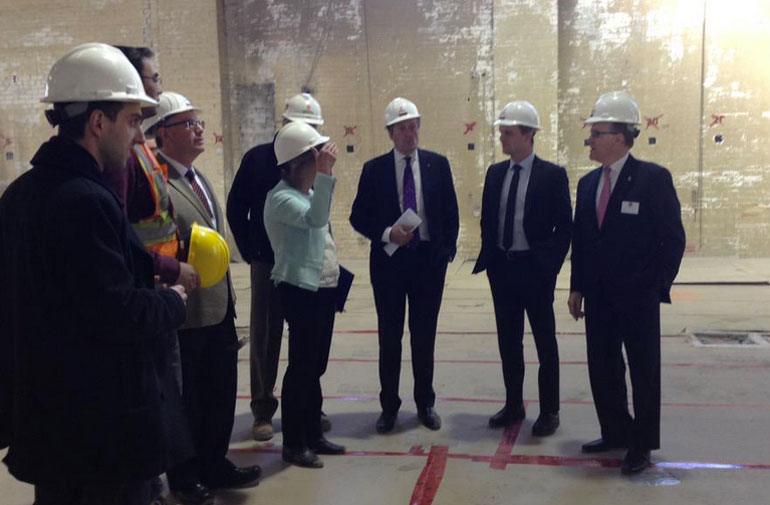 By Katherine George and Willy Phan

Tory and Cressy toured the construction site before delivering speeches about the importance of the facility to the media and staff of Eva’s Initiatives.

Cressy said he was delighted that the new location of Eva’s Phoenix is being constructed in his ward.

The project is a collaboration between Eva’s Initiatives, the City and Build Toronto, and is replacing the old Eva’s Phoenix location.

Construction of Eva’s Phoenix is expected to be finished by the end of the year and will provide housing for 50 homeless youth for up to a full year.