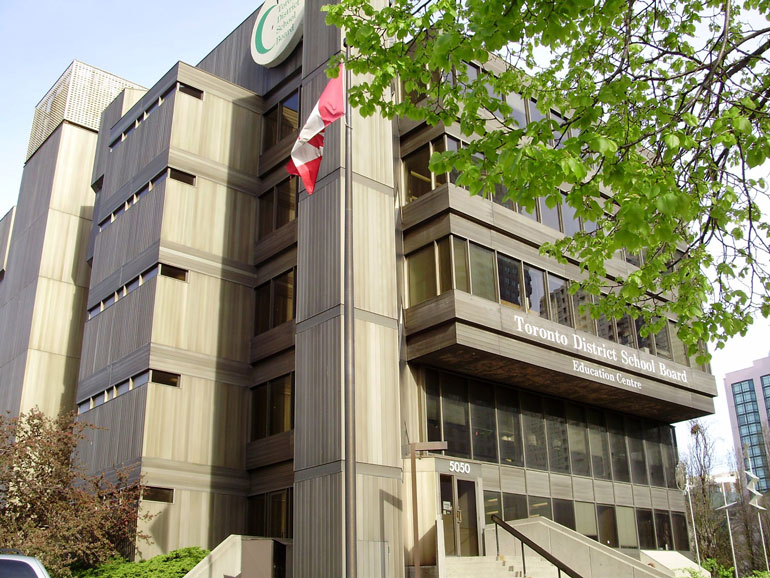 The Toronto District School Board (TDSB) announcement that 250 teaching  positions will be cut next year doesn’t mean anyone will lose their job.

“There will be fewer positions. We don’t expect any job loss, because we expect that retirement, resignations and leave of absence will make up for the number of positions,”  she said.

The effect on students is a different story, said Wolfe.

The fewer adults you have in school, the less safe it will be, she said. There will be fewer people to support students not just in classes, but also with their other needs.

“The fewer adults you have in school, the less safe it will be”- Wolfe

According to the TDSB presentation Wednesday on balancing the 2015-16 budget, 56 per cent of students have a home language other than English.

In high school, ESL funding stops after four years so students who need a fifth year  to graduate don’t get any funding, said Wolfe.

“The fact that students in their second or third year in Canada generate fewer dollars as ESL learners despite the fact that the teachers earn the same and cost the same, means the funding formula doesn’t work for ESL students or for the system. It need to be fixed,” said Wolfe.

Eighty three per cent of operating costs for the school board are for staff. Fifty per cent of that goes to teachers.

But, said TDSB Trustee Chris Tonks, “At the end of the day, the only people who  are going to be hurting are the most vulnerable learners.”

Tonks said putting special needs students into regular classes will impact the classroom. “Meaning the teacher is disrupted, the class might be disruptive depending on the issues some of these kids have.”

“Specifically a reduction in special education funding means that the most vulnerable students in our system are basically being asked to bare the brunt of the liberal government’s continued austerity budget and funding,” said Wolfe.

“At the end of the day, the only people are going to be hurting are the most vulnerable learners” – Tonks

The TDSB revenue is $3 billion from the provicial government and other sources, but the projected deficit is $16.5 million for the 2015-16 school year. This budget projects spending$33.2 million more than 2014-15, but the Board only anticipates $20.8 million more in revenue. These cuts were part of the budget deliberations Wednesday.

“We made really difficult decisions last night,” said Tonks. “The reality is that the amount of money the province is giving us for the special education is decreasing.”

“The distressing fact is that they are losing teachers in special education, which is in very high demand for our schools,” David Ambrose, teacher at Etobicoke School of the Arts.

“If we don’t have enough students to fill the classroom that’s one thing, but we definitely have enough need for special education teachers.”