Taking a stand against domestic violence 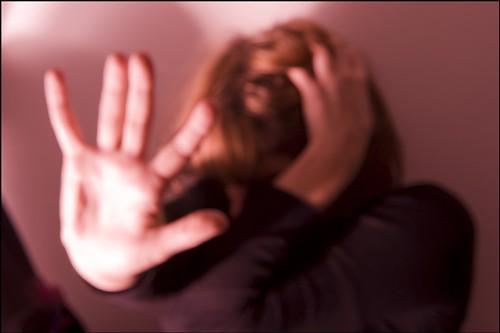 A new survey by Interval House, a Toronto-based centre for abused women and children, shows that some Ontarians are apathetic towards domestic abuse.

The survey was conducted online from Feb. 17 to 18 and found that 24 per cent of Ontarians blame the victim for abuse.

Only 55.8 per cent said they would intervene if they suspected acts of domestic violence, the survey said.

“We wanted to know what was happening currently in Ontario and we uncovered quite disturbing attitudes about domestic abuse,” said Mohammed.

The misunderstanding of domestic violence is highly displayed through the use of victim blaming, she said.

“Abuse is always the responsibility of the abuser…there is no way to justify abuse,” Mohammed said.

Many women already fear that they will not be believed if they ask for help, she said. Victim blaming is just another reason for women to stay in abusive relationships.

Society needs to consistently place accountability on the perpetrator and help the victim, said Laverne Blake, manager of client services at Ernestine’s, a Toronto women’s shelter.

“Abuse is always the responsibility of the abuser” – Fazia Mohammeed

The study showed that 33.5 per cent of Ontarians do not know what to do if they suspect abuse.

“Violence against women is still seen a private issue in the home,” Blake said. Therefore, people do not want to interfere.

Ernestine’s women’s shelter provides support to all women and children who are experiencing abuse, and also conducts domestic violence workshops for elementary and high school students within Etobicoke.

“We help women who are suffering from physical, emotional, mental and financial abuse,” Blake said.

Taking preventative action against domestic abuse such as educating youth is only a component to ending violence against women, said Blake. The government needs to fund more women’s advocate services such as shelters and crisis hotlines.

Interval House has created a hashtag that the public can use to display their support for domestic abuse victims and education.

Bringing national awareness to this issue is our mission, said Mohammed. It’s imperative that we are raising awareness all the time and the #StopVAW campaign is a great way of doing that.

We are constantly trying to reignite the conversation about domestic violence against women, she said. “If you hear that abuse is happening you need to call 911 because you can save someone’s life.”