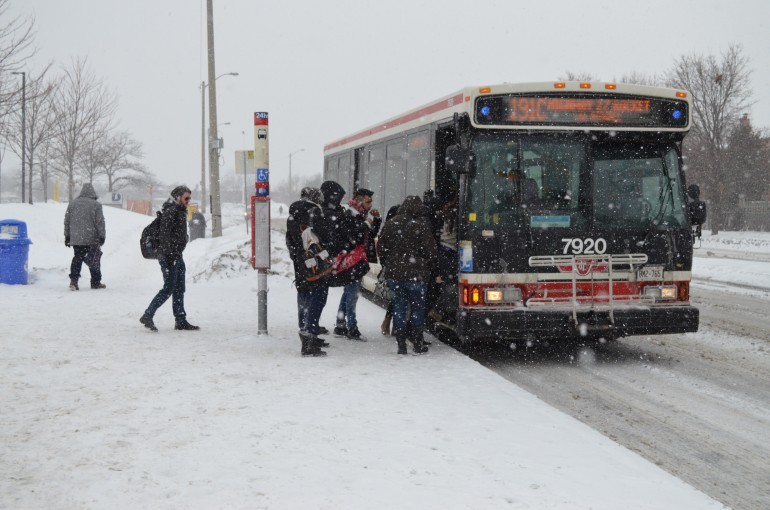 A student petition was recently created in an attempt to abolish the post-secondary TTC identification card. (Chelsea Howard/Humber News)

More than 7,300 students across Toronto have signed a petition aimed at eliminating the TTC post-secondary student identification card.

Third year University of Toronto student Jordana Schiralli created the petition a week ago after a bus driver refused to let her on the bus because she didn’t have the card.

“The reason for the ID card is that not all schools on their photo ID cards show the status of the student, and the discount is for full-time students only,” TTC spokesperson Milly Bernal told Humber News.

The transit authority requires post-secondary students to present the card when they use transit, otherwise the driver can ask them to provide the correct fare.

However, if the student is unable to pay the fare, Bernal said it’s possible for the TTC employee to impose a fine or confiscate their pass.

“The ID card is rarely asked for, though when it is, there are serious consequences,” said Schiralli.

Schiralli said in her three years of university, she’s only been asked for the card twice.

She said that the relaxed attitude of most drivers goes to show how little the TTC cares about enforcing this rule, however there are a few drivers who do choose to enforce this rule.

Bernal said the post-secondary student passes were implemented only five years ago, and before that students didn’t receive the discount.

As of now, it is required for all post-secondary students to pay $5.25 for an ID card, in addition to the $112 for a monthly student pass.

“Honestly for me it’s not even about the cost. It’s about the fact that I already have a university-issued ID and that the consequences for forgetting the TTC ID are too extreme,” said Schiralli.

Schiralli said that the support for the petition is rapidly growing every hour, and so is the attention it is getting from media outlets.

She went on and said that the more support the petition gets, the better.

“Some students have shared stories of harassment, and even getting fined upwards of $400,” said Schiralli.

Bernal said the TTC is aware of the frustration from the students and they are generally open to the idea of coming up with a reasonable solution.