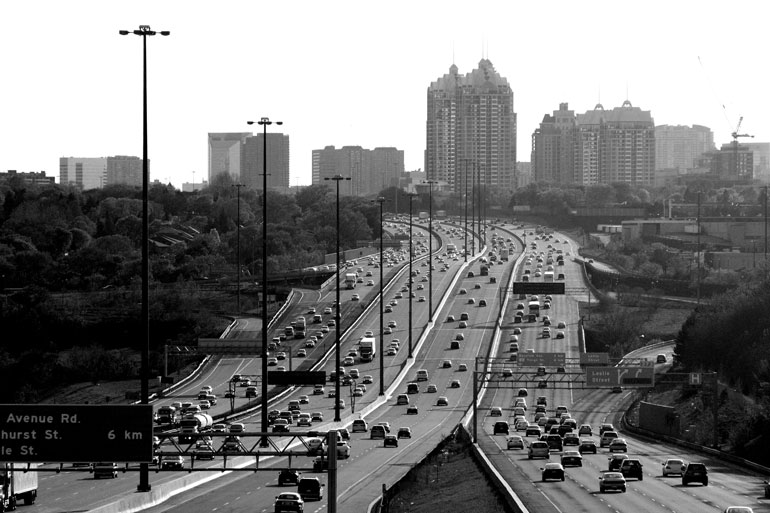 It appears speed was the cause of the truck rollover off a Hwy. 404 on-ramp and onto Hwy. 401 on Monday in Toronto, OPP Sgt. Kerry Schmidt was quoted saying Tuesday.

Here’s what Schmidt said in a tweet posted by Newstalk 1010.

OPP Sgt. Kerry Schmidt:Speed was a factor in yesterdays 401 crash.Appears the truck driver was going too fast for the 404 SB ramp.

In a video, dashcam footage shows the truck falling off the ramp and into traffic.

Rick Mikula, program liaison officer for Humber’s Transportation Training Centre, told Humber News on Tuesday that the truck’s equipment could have been a contributing factor if it wasn’t up to standards, but “there’s really only one possible cause, excessive speed.”

Mikula said the recommended speeds on ramps are meant for cars, and the general rule of thumb for commercial vehicles – like trucks – is to half that speed.

Mikula said if the government chose to adopt these recommendations they would become mandatory.

There is still no word on whether any charges will be laid in Monday’s accident.

Schmidt said three people were taken to hospital after the crash, including the truck’s driver, but only with minor injuries according to the Toronto Star.

Police closed the westbound lanes on the 401 at the 404, as well as the ramp until all the debris could be cleared. The road was re-opened at around 9 p.m. Monday evening according to a tweet from the OPP.

UPDATE:CLOSURE: 401 WB Express near Hwy 404 is now OPEN. Thank you for your patience this afternoon. ^ag