Salvation Army uses viral dress for a good cause 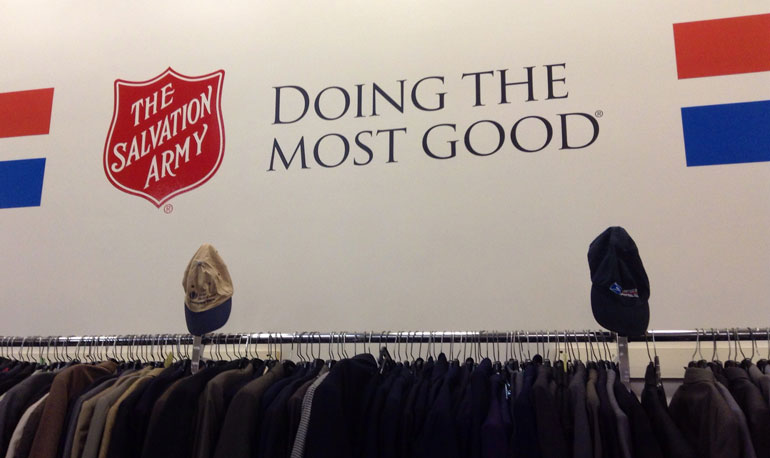 Salvation Army is using the gold and white, or black and blue dress that had everyone talking to bring up a much larger issue; violence against women.

The twitter handle for Salvation Army South Africa used the dress creatively to gain notoriety for the cause.

It’s #InternationalWomensDay on Sunday. We care for abused/trafficked women worldwide. Help us help them. #TheDress pic.twitter.com/tQvxQTnHib

In Canada “Over 3,000 women a night are forced to go to shelters and thats just a fraction,” said John McAlister, national director of marketing and communications at The Salvation Army in Canada.

“The dress campaign spread rapidly and was relevant. The ad helped to push support for two facilities programs in South Africa,” said McAlister.

The dress was big talk all around the world. It was widespread throughout the UK, Canada and the U.S.

While a few people tried ignoring the message that was trying to be sent out by Salvation Army, a large amount responded positively through social media, McAlister said.

But he said it’s not as big as some other viral campaigns like the ALS ice bucket challenge.

“This particular piece did not have a celebrity endorsement, there is no call to action, to actually do anything it’s just an advertising piece,” McAlister told Humber News.

Managing partner for business management group Level5 Strategy Matthew Kelly told Humber News they’ve seen a lot of failed attempts from companies trying to take a trending topic on social media and incorporate it into their company, and the Salvation Army’s approach was different.

“From a brand perspective what impressed me was how fast they jumped on it. If Salvation Army waited a week or two, the whole news worthiness would have disappeared,” said Kelly.

He said they were clever because charities usually have very little money to produce ads for campaigns.

“I don’t think people are aware of all that Salvation Army does and they are involved in,” said Kelly.

When people think of the Salvation Army they think of people who are wearing a red vest and raising money around christmas time, he said.

“For a brief period of time Salvation Army broke through. Who knows, maybe they’ll do something else after this,” said Kelly.