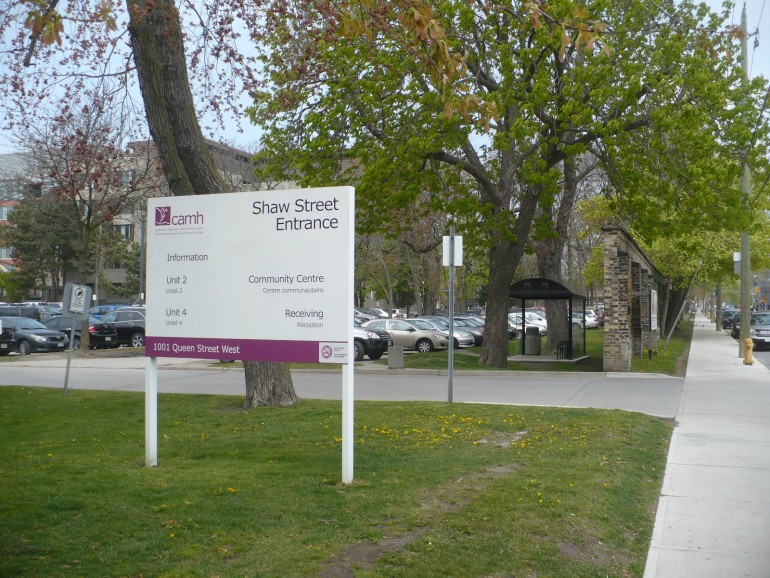 According to CAMH, young people aged 15 to 24 are more likely to experience mental illness and/or substance use disorders than any other age group. (Secondarywaltz/ WIKICOMMONS)

The Centre for Addiction and Mental Health wants to build two new buildings at its Queen Street West location as part of a major redevelopment.

The project proposes the building of space that will include facilities for research, education, information and resources; as well as inpatient and outpatient clinical services for people with complex mental illness, said a media release on Monday.

The “new buildings will be designed as respectful and dignified spaces that promote healing and recovery,” Catherine Zahn, President and CEO of CAMH, said in the press release.

“Redevelopment will contribute to the vitality of our community and advance the positive changes we are seeing in social attitudes toward mental health,” she said.

“People are being forced to look at mental health,” he said.

“The current redevelopment marks the third iteration of the CAMH site at 1001 Queen Street West” and is part of a master plan aimed at bringing together “staff, patients, and other community members,” torontoist.com reported in February.

The reconstruction project, titled Phase 1C, is set to be complete in 2020.

On its website, CAMH said it “is the largest mental health and addiction hospital in Canada.” It has 530 inpatient beds, almost 3,000 staff, physicians and scientists, multiple sites in the GTA, and an annual operating budget of over $300 million.”

To kill the stigma on mental health, Garnet said that “more public awareness” would help as well as changing “the way that we structure certain services.”