Pan Am and Parapan Am medals unveiled 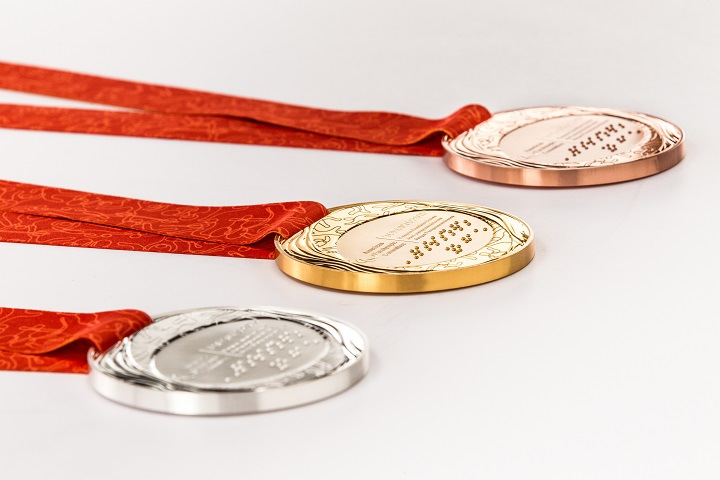 The medals for this year’s Pan Am and Parapan Am games were unveiled Tuesday.

Tournament organizers showed off the medals at the Royal Ontario Museum; another step leading up to the start of the games.

The games will be the largest multi-sport event ever held in Canada.

There will be almost 7,000 athletes from 41 countries competing for 4,200 medals, and one student from Humber College is looking to get his hands on one.

“The medals look phenomenal, they really represent the games diversity,” said Andrew Tucker, sitting volleyball national team player and Humber student. “I am looking forward to taking one of the medals home and representing my country.”

The Leisure and Recreation student first made his mark while playing varsity volleyball at Sheridan College, but since losing his leg in 2012 he has become a member of Canada’s sitting volleyball team and will compete in the Parapan Am games.

Not only is it an exciting time for Tucker but also for Humber sports administration who are ecstatic to say they have a student representing the school.

“Any athlete representing their country in a main sport is a huge accomplishment,” said Jim Bialek, manager of athletics and sports information.

Ameer Barbara, a member of the Canadian national running team competing in the 400m and 4 x 400m relay at the Pan Am games, is indifferent to the medals.

“To be honest, it really doesn’t matter what the medals look like,” Barbara said.

“I didn’t have a particular reaction to it, (it’s) just a reminder that the games are around the corner which made me excited,” Barbara said.

The competition medals will be on display at the Royal Ontario museum from March 14 to 29.

The medals were designed by Metis artist Christi Belcourt and then minted by the Royal Canadian Mint with the precious metals supplied by Barrick Gold Corporation.

The gold was mined from the Hemlo Mines in Ontario, the silver from its Pueblo Viejo mine in the Dominican Republic and the copper came from the company’s Zaldivar mine in Chile.