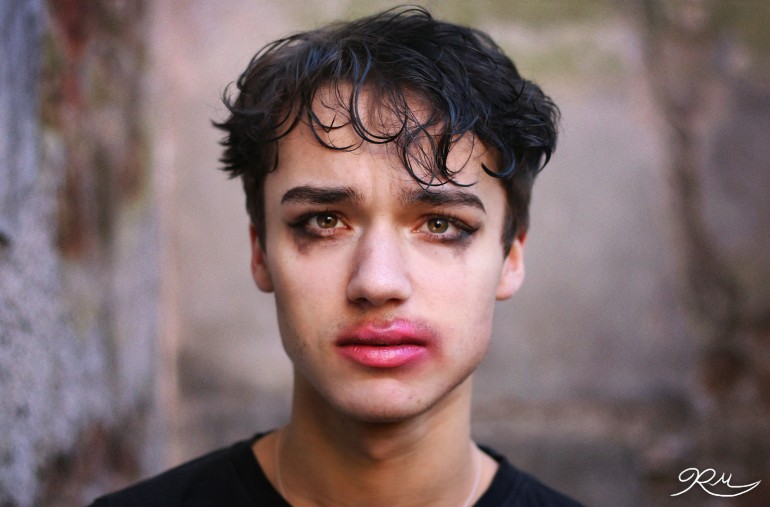 This picture was taken in response to the suicide of Leelah Alcorn, the transgender teen forced through gender conversion therapy. (Flickr/Rose Morelli Photography)

By Jordan Finkelstein and Jordan Biordi

After being pressured by the opposition to ban “conversion therapy” clinics for LGBTQ youth, Health Minister Eric Hoskins seems set on prohibiting the treatments he called “abhorrent.”

“This is not something this government would ever support or endorse,” Hoskins said in the legislature Thursday.

New Democrat MPP Cheri Di Novo tabled the bill earlier this month, and said the “abusive counseling sessions” that intend to turn patients straight should not be covered by the OHIP.

Di Novo said conversion therapy is conducted by physicians and therapists, some of whom believe being gay, lesbian, bisexual or trans are forms of mental illness.

“We need far more from this government,” said Di Novo. “We need the government to stand up here on behalf of victims. We’re talking about suicide.”

An Ontario-based survey by the Canadian Mental Health Association showed that 77 per cent of people who identify as trans had seriously considered suicide and 45 per cent had attempted suicide.

Di Novo had originally approached Premier Kathleen Wynne, who is openly gay, regarding the ethics of taxpayer funds covering the conversion clinics. Wynne declined to comment on the matter publicly and has since passed the issue onto the Health Minister’s plate.

Hoskins said he would reach out to the College of Physicians and Surgeons of Ontario and other health-governing institutions, “to explore amending the regulations to ban this practice, as it should be banned.”

“This isn’t treatment,” said Hoskins. “Our Ontario Human Rights Code is very specific on issues such as this.”

“No current medical guidelines anywhere that I’ve found, certainly not in this province, support or endorse this kind of alleged treatment that would aim to change or convert someone away from being LGBT.”

Hoskins told the legislature that there are no billing laws for conversion therapy, although physicians often conduct the therapy and bill patients for general counseling sessions, which are covered by OHIP.

One clinic under fire is the Gender Identity Service clinic in the Child, Youth, and Family Program at the Centre for Addiction and Mental Health (CAMH) in Toronto, headed by Dr. Kenneth Zucker.

Di Novo said conversion therapy should be banned outright for anyone 18 and under and shouldn’t be government-funded for anyone over 18.

The bill will be weighed in the legislature on April 2, but Di Novo said she’s unsure if the Liberals will vote to pass the amendment.

Protestors and activists on the streets of San Francisco at a pride event in 2006. (WIKIPEDIA)

Jamie Myslik, a counsellor and youth worker at LGBT Counselling Toronto, said his organization is against the existence of conversion therapy in Ontario.

“The effects of these clinics have been pretty negative,” said Myslik.

“What we hear from youths when it comes to sexual orientation conversion is that therapy tries to make them happy, more comfortable or more self-actualized but it’s simply conversion to what society tells them they should be.”

Myslik said most professional organizations with counsellors, psychologists and social workers across North America have position papers against these clinics. He said most organizations point to research that conversion therapy is out there and this kind of therapy is harmful to people.

According to section 1 of Humber College’s Gender Diversity policy, which was introduced in February, self-identification is the sole and whole measure of a person’s gender.

“The college will take every reasonable step to ensure that it’s learning, working and living environments are maintained free from anti-trans harassment and/or discrimination, as prohibited by the Ontario Human Rights Code, and from personal/psychological harassment as defined in this policy.”

“The issue of conversion clinics and public funding strikes at the heart of being different,” said Silcox-Childs.

“Part of being different is accepting yourself and having emotional support around you. The idea that there could be something wrong with you, that you have a mental health issue, that you need to convert, is opposite to that acceptance.”

Silcox-Childs said most parents who sign up their children for conversion therapy likely care about their child’s well being, but are addressing their uneasiness in the wrong way.

“That comes from a caring place. But where the care falls off the tracks is when parents think conversion therapy will reverse the effects or change their sexuality.”

Transgender youth aged 16 to 24 have a 93 per cent lower suicide rate if their parents are strongly supportive of their gender identity, according to a 2012 report by Trans PULSE, a community-based trans research association.

“These clinics would only escalate the levels of suicide, depression and mental health that are prevalent in the LGBTQ community. They’re not necessarily helping the issue,” Silcox-Childs told Humber News.

LGBTQ youth face roughly 14 times the risk of suicide and substance abuse than heterosexuals do, according to the Canadian Mental Health Association.