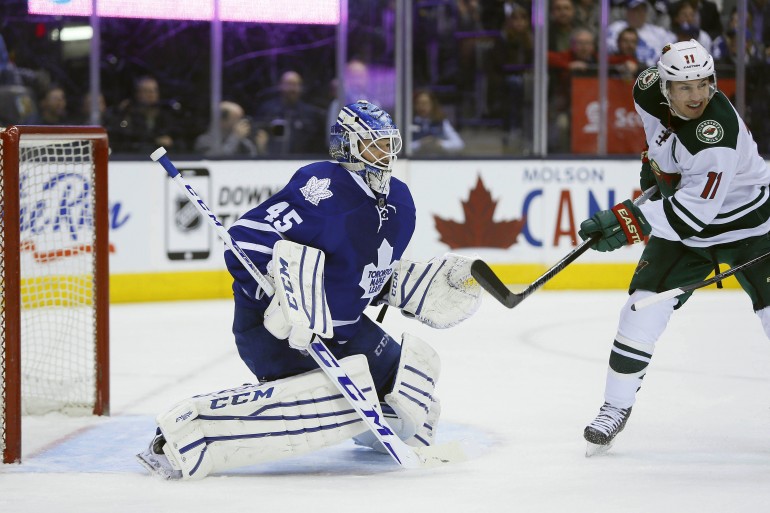 The Toronto Maple Leafs have been said to have one of the most loyal fans in the NHL, but with recent struggle losing 30 of their last 36 games, they have been losing interest from fans.

The Leafs’ announced that attendance for Monday’s game versus the Minnesota Wild was a season low with 18,366 fans attending. This is the lowest attendance in the Leafs’ 16-year history at being in the Air Canada Centre.

Now Leafs will be looking into the future to bring back those fans and since the Leafs have been eliminated from making the playoffs they will be focusing on the upcoming NHL draft.

“Assuming McDavid, Eichel and Hanifin are taken off the board the Leafs will debate over Dylan Strome and Mitchell Marner,” he said.

Both players bring something different to the table. Strome is a taller, “more lanky kid” and he will grow into his body, while Marner is “a smaller skater with a lot more speed,” said Zeisberger.

Zeisberger told Humber News that Strome has the slight edge. He can possibly build chemistry with last years first round pick William Nylander and Conner Brown.

The Leafs need to draft a centre with the first pick because you can’t find them late in the draft minus a few exceptions, McGran said.

The Leafs also have Nashville’s first round pick this year. The Predators are doing very well this year and will be heading into the playoffs.

With that pick McGran said, Leafs should be taking the best player available with that last pick. They need to load up as much talent, he said.

Here is a look at the potential future for the Toronto Maple Leafs.

The top five players heading into the draft are all key players, said Zeisberger. Here is a list of those top players and the Leafs’ chances of getting each pick.