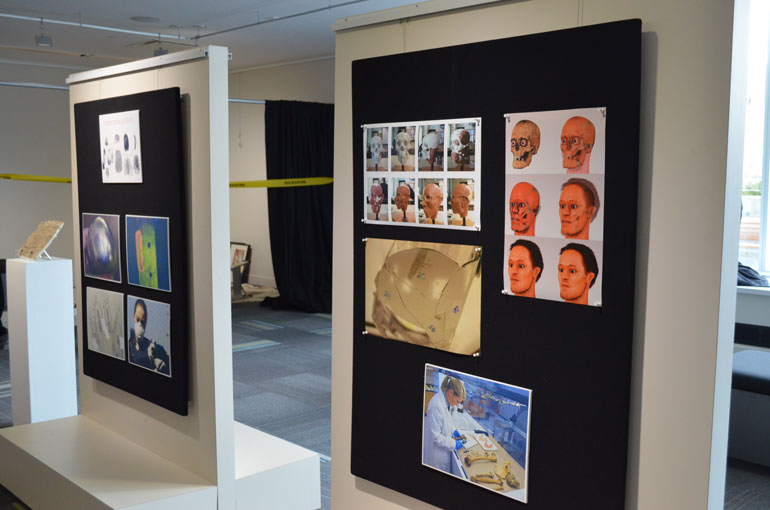 By Celia Grimbly and Willy Phan

An interactive showcase of forensic science was launched at Humber College on Monday as part of a collaborative effort between the school’s police foundations, criminal justice, and crime scene investigation programs.

‘Murder at Humber’ is a four-day showcase that runs until March 19 at Humber’s Lakeshore campus.

Participating teams are encouraged to solve a fictional crime scene based on evidence, witness interviews and investigation tips provided by the event coordinators.

The event highlights the realities of crime scene investigation contrary to the methods shown in police procedural dramas.