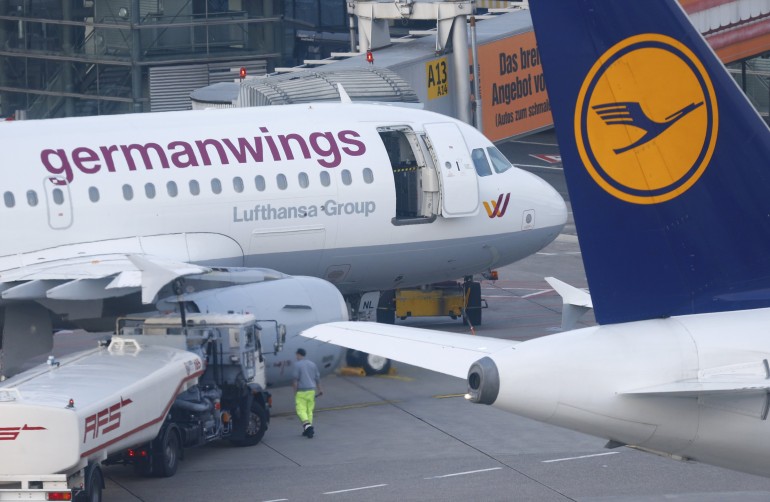 Germanwings Airbus A320 crashed in the French Alps after departing from Barcelona Tuesday morning. (Via Reuters Images)

All people are feared dead from the crash.

Of the 150 people, 144 were passengers including 16 schoolchildren, the remaining six were crew members.

The plane departed Barcelona before dusk and began to lose altitude shortly after 10:30 a.m., and was expected to land in Dusseldorf, Germany, the Toronto Star reported.

The aircraft plunged into the mountain terrain Tuesday morning after an eight minute descent.

The crash site is surrounded by mountains, making it difficult for search and rescue teams to recover any human remains, the newspaper said.

CTV News reported this is the first fatal accident for the airline, a division of the airline giant Lufthansa, based in Cologne, Germany.

Helicopters and investigators remain on the scene continuing to search for reasons for the crash.