For Toronto’s love of sushi 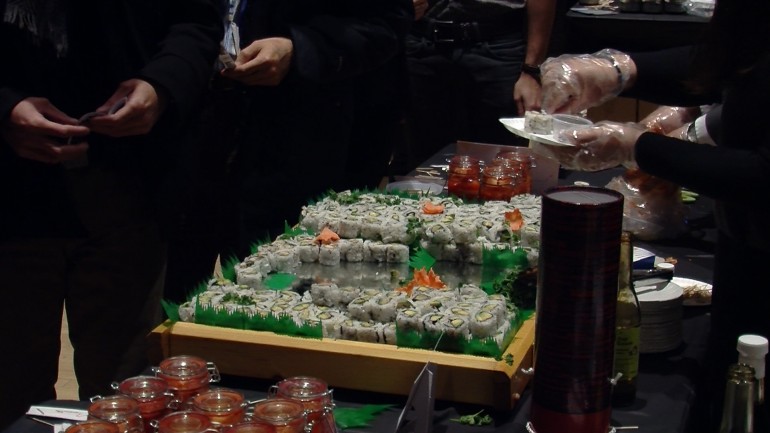 The Toronto Sushi Festival sells out for both days of the event. (Humber News/Alejandra Fretes and Donna Sevilla)

The first Toronto Sushi Festival has joined the food scene to honour the classic Japanese delicacy.

Japanese chefs across the GTA prepared many variations of classic sushi with an alternate ethnic twist, like kimchi sushi.

The event was moved from Roy Thompson Hall to the Japanese Canadian Cultural Centre to accommodate the large number of people attending. Organizers hope it will become an annual event.