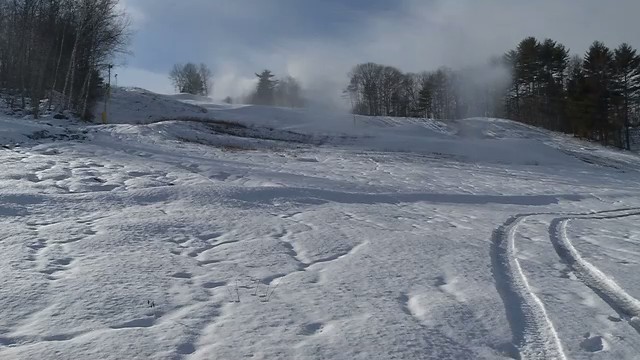 February tied the record for the coldest month in Toronto’s history, a record held by February 1875 with an average temperature of -12.6 C.

The frigid temperature made its presence felt around the city.

Toronto Water’s general manager, Lou Di Gironimo, said during an executive committee meeting on Monday that city workers had received around 2,600 calls for no water – which were mostly attributed to frozen water lines.

Coordinator of site maintenance at Humber Wayne Falls told Humber News that the chill did not have a significant impact on campus.

Falls said the weather in March will have a bigger impact on salting around school.

“We will be salting more because there will be cold temperatures then warm temperatures resulting in more salt having to be applied,” he said.

The biggest affect around campus could be the decreased morale and lengthened commute times for students and commuters.

“My commute was a lot longer, it took hours to warm up my car,” said Bianca Mendez, a Humber Fitness and Health Promotion student.

For Humber student Marsha Darius who grew up in Miami this couldn’t be better news.

“Having to layer my clothes was something I was never use to when going out,” said Darius.

Over the past 37 days the temperature never once broke the balmy temperature of -1.4 C, with the lowest dropping to -25.5 C. Environment Canada is predicting we will have our first above 0 C temperatures in March since Jan.24.

One thing Torontonians can celebrate is we have yet to break the coldest day record, which was set in 1981 at -31 C.