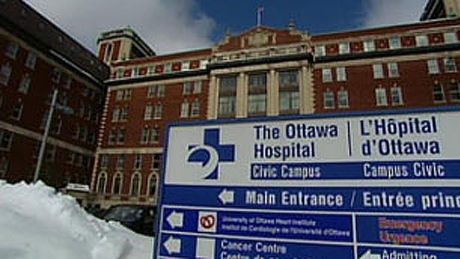 A health expert told Humber News that it was unusual that a terminally ill woman gave birth.

Jingras was commenting on the work done by Dr. Mark Clemons, who helped Jillian O’Connor give birth to a son Feb. 1.

“In his 20 plus years of working and treating patiences with breast cancer this is the third patient who’s had metastatic breast cancer that he’s treated,” said Jingras.

Jingras said that Clemons took a very different stance when treating O’Connor as a result of her being pregnant as opposed to someone who only had cancer.

He had to take measures to ensure that the baby wouldn’t be affected, she said, adding that Clemons’s actions have an impact.

“I think it’s inspired more than young women that want to start their own family,” said Jingras. “Speaking to Dr. Clemons yesterday, he said he’s never been approached by so many cancer patients coming through the Ottawa Hospital Cancer Centre.”

Jingras said people are saying how inspiring  O’Connor was and ”how she’s given other people courage and determination to fight the disease  and how they have a much better understanding of the research that goes on.”

O’Connor, a mother of three, “was ending her breast feeding with the second child when she found a lump, which she then thought was a blocked milk duct, which happens often when breastfeeding,“ Jingras said.

“[O’Conner] later went for ultrasounds and many tests quickly, which is when the cancer was found,” she said.