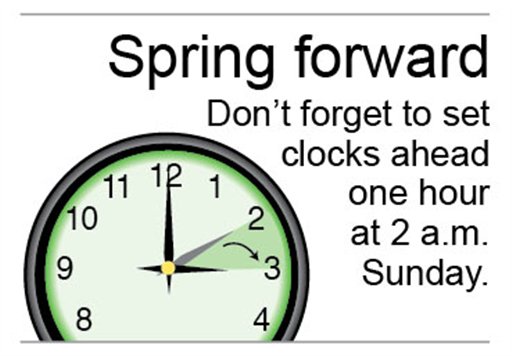 Daylight Saving Time was initiated at 2 a.m. Monday and the clocks jumped forward one hour.

George Vernon Hurdson first proposed the idea of daylight saving in 1895. Canada began using it during the First and Second World Wars, but adopted it to match the U.S. in the 1960s.

Not all the provinces switch their clocks though. Saskatchewan is the only province that doesn’t change their clocks for daylight saving.

“There is a certainty about you knowing what time it is all year around, we have had it like this since the 1950’s and nobody complains,” Pat Lorje, a Saskatoon city councilor, told Humber News.

According to a National Post article, DST was used to conserve energy in the 1970’s during the energy crisis, but more recent research shows that the energy savings are negligible.

Students at Humber are divided on the time change.

“The day starts earlier, so you can be more productive and accomplish more in one day,” said Justine Tindall, a Humber College design student.

“I am so exhausted, I wish I could get back that one hour of sleep,” said Kaegen Bowen, a Humber College Early Childhood Education student.

There’s conflicting research about the effects of DST on people. On the one hand, studies say car accident rates tend to rise after DST in the spring with more people driving to work in the dark while feeling more fatigued.

Other research, such as a study published in the B.E. Journal of Economic Analysis and Policy, suggests the number of auto accidents drop during the spring shift.

But whatever the reason for why it still happens, it’s an annual part of most of our lives.