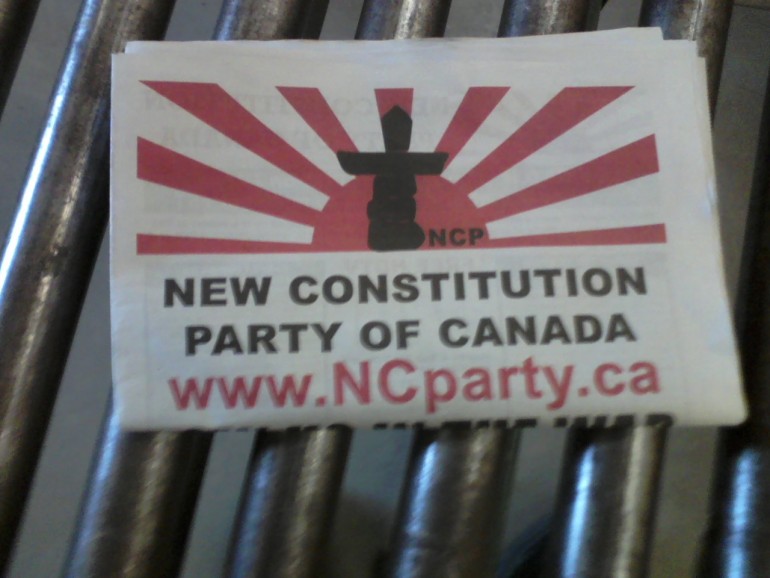 Letter carriers are now being threatened with discipline. If any carrier refuses to deliver the controversial newspaper, they will be disciplined. (Canadian Union of Postal Workers)

If you’re asked to perform a duty that is against your belief, shouldn’t you have the right to reject without getting fired or disciplined?

That is what the Canadian Union of Postal Workers (CUPW) is arguing when they found out that local Canada Post letter carriers are being threatened with discipline if they refuse to deliver newspapers with controversial content.

Megan Whitfield, the CUPW Toronto president, said workers are upset by having to drop off material that doesn’t necessarily align with their personal and religious beliefs.

“Carriers were upset and asked us if we can get it stopped and not being forced to deliver it,” said Whitfield.

The item mail carriers objected to send is Your Ward News, a flyer from The New Constitution Party of Canada that was distributed on Monday.

Page 12, which is a continuation from page 3, contains a picture of former Canada Prime Minister Elliott Trudeau in a Nazi uniform and a Quebec flag in the background over the Liberal logo. The party described Trudeau using words such as “Neo-Nazi Fascist”, “Anti-Semite”, and “Quebec Separatist”, said Whitfield.

James Sears, the founder and leader of the party, is known to have a record of making headlines, according to the Toronto Sun.

Whitfield noted that the content of the newspaper is highly controversial.

He was first threatened with discipline, but ended up delivering a portion of the flyer once the Union got involved, she said.

According to Whitfield, these carriers may receive disciplinary action including suspension and a letter of reprimand.

The Union asked the corporation to stop the delivery, or at least have the advertisement wrapped like they were before. Whitfield said in order to stop the distribution, the Union has to talk to Canada Post’s legal department.

Anick Losier, a Canada Post spokesperson, said in an email to the Toronto Sun that the Post doesn’t have the right to refuse a mail item based on employees’ objection towards its content.

“The content is the sole responsibility of the publisher, who is clearly identified in the newsletter,” said Losier in the e-mail. “Anyone who has concerns about the content should either contact the publisher or simply dispose of it.”

“What Canada Post is saying is most of the stuff that is offensive is inside the newspaper, but once the corporation becomes aware of it, they should respect individual rights, especially religious rights, and [allow them] not to deliver it,” said Whitfield.

The Union is in contact with the corporation and they would meet in regards to protecting newspaper carriers, Whitfield said.

“If [someone] gets disciplined, we will be there to make sure that the discipline is reversed.”